Andrew Molera State Park is a mostly undeveloped state park along the Big Sur coast.  The park is named after Andrew Molera, who was an artichoke rancher in the area.  His sister sold his property in 1965 under the condition that it was named after him.

Indigenous History:The earliest inhabitants of this region are the Rumsen and Esselen tribes, whom call this area “Sargenta-ruc.” Evidence of them living here dates back at least 4,600 years. 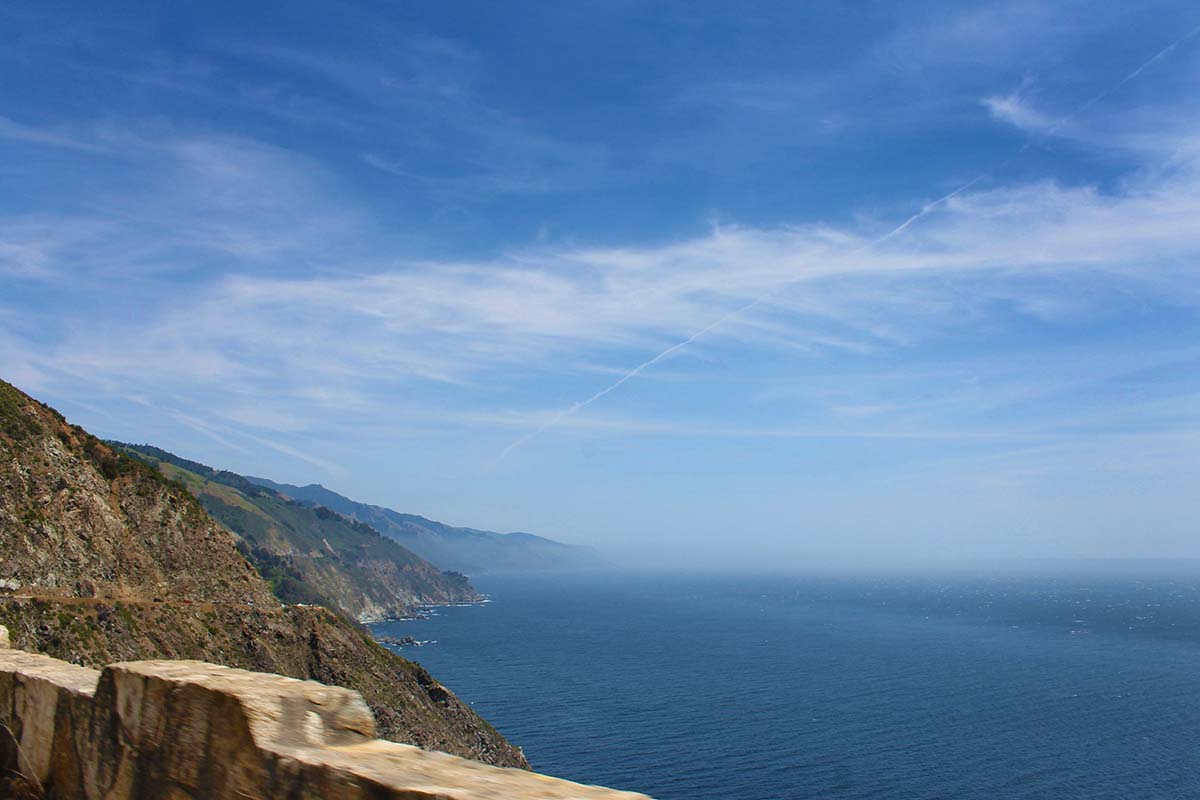 The tribes cultivated a brilliant trading and fishing economy in this area until Spanish colonization began.  By the 19th century, colonizers had virtually cleared Big Sur of its indigenous population, re-locating them to La Misión San Carlos Borromeo del Río Carmelo.

The tribe recently regained 1,119 acres of their land back along the Little Sur River. The Esselen tribe is thrilled to have regained parts of their land after so many years stating “The opportunity to be able to recreate and rebirth, to put forth our efforts in the preservation and continuation of cultural traditions and have a place to have our cultural identity restored. The property offers the opportunity for tribal members and other Native Americans to engage in ceremonies and carry on our cultural practices.” 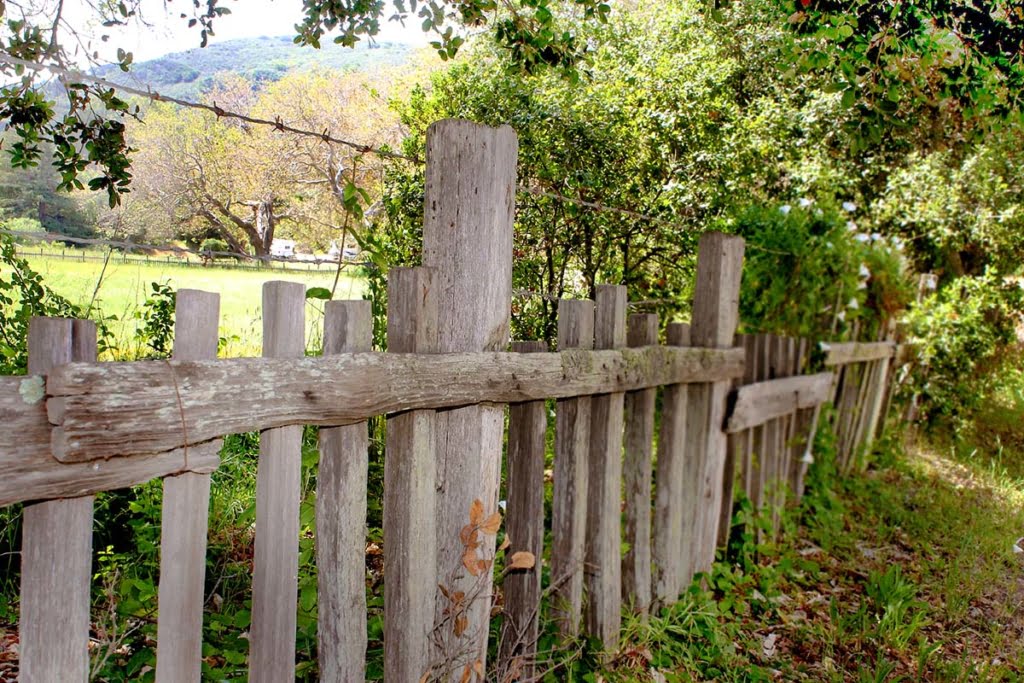 Activities: Recreational activities at the park include hiking and fishing with miles of trails winding through meadows, beaches and hilltops. It is considered the most reliable surfing area in Big Sur.

While you’re in the area, make sure to visit Partington Cove nearby!

Personal Experience: We hit this spot up one morning during springtime in 2014. I had never visited Big Sur in spring before. What a difference it makes! Now you not only have beautiful hues of greens and blues but so many other washes of colors thanks to the wildflowers growing everywhere! 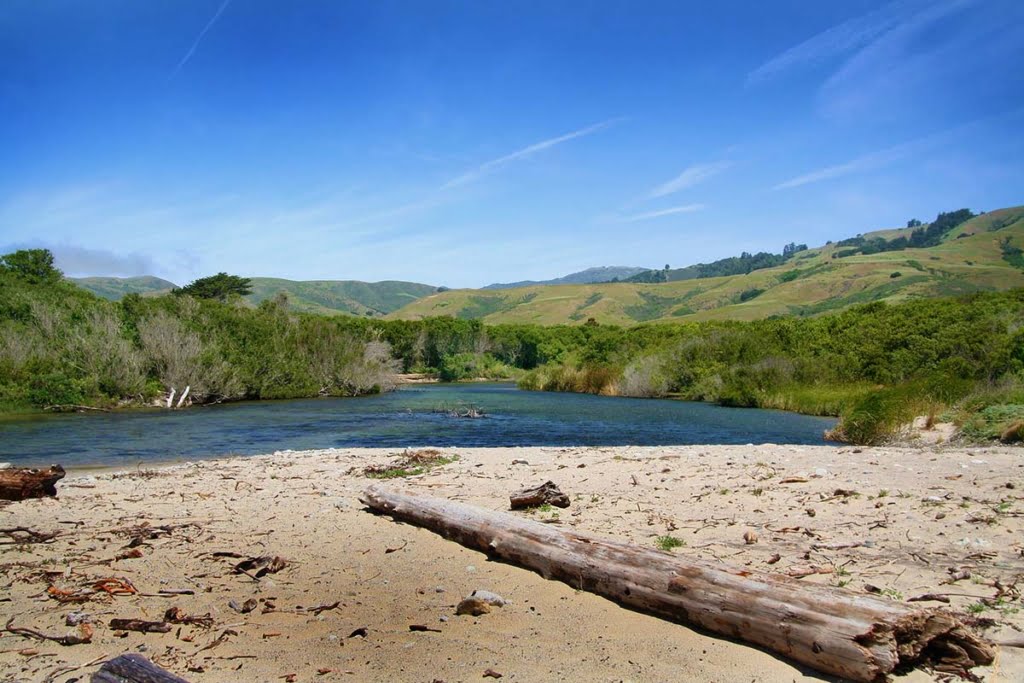 We took a fun trail where you have to walk across a river to get to the other side. Some people just hooved right across it, shoes, socks and all! I took mine off and it was quite refreshing to feel the cool water on my feet and legs.

The trail was maybe a mile or so until we hit the beach. It was so incredibly windy here that we didn’t spend too much time on the shore. Inland was breezy but not over-powering.

We parked on the side of the road and walked down.  It’s a 1 min. walk.  Otherwise you’re paying $10 for parking.  Here’s the road you walk down: 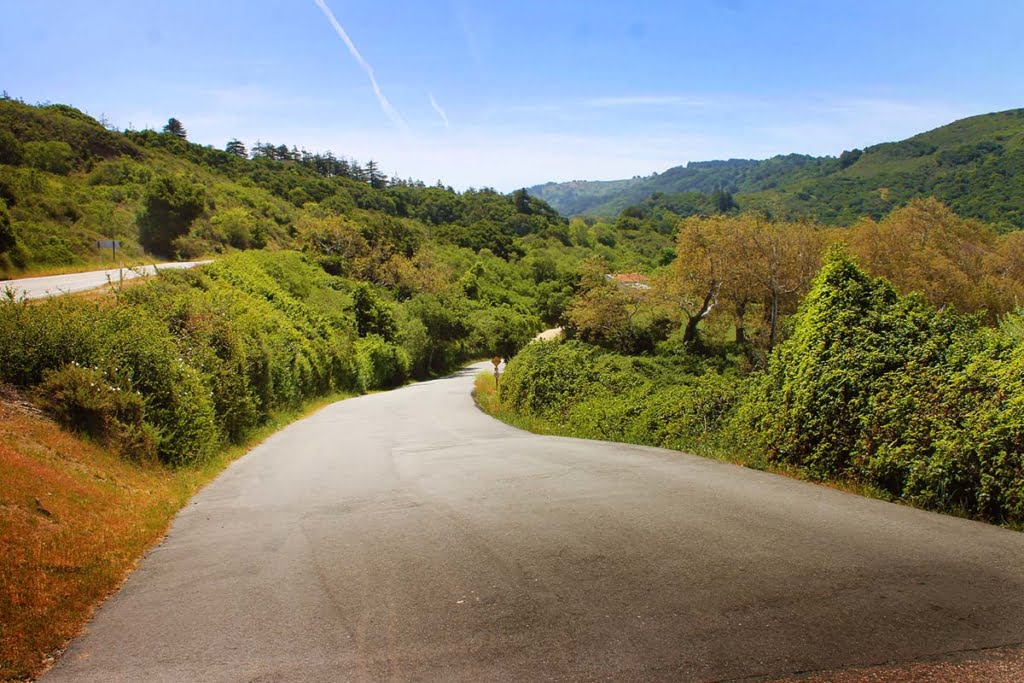 There were plenty of trails to take.  We decided on the Creamery Trail: 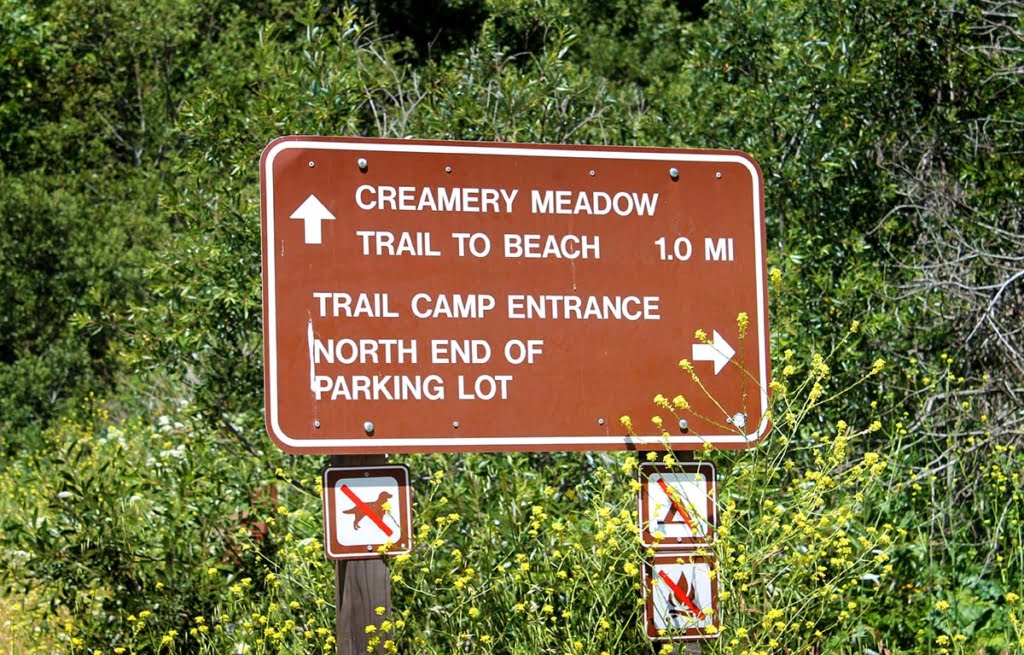 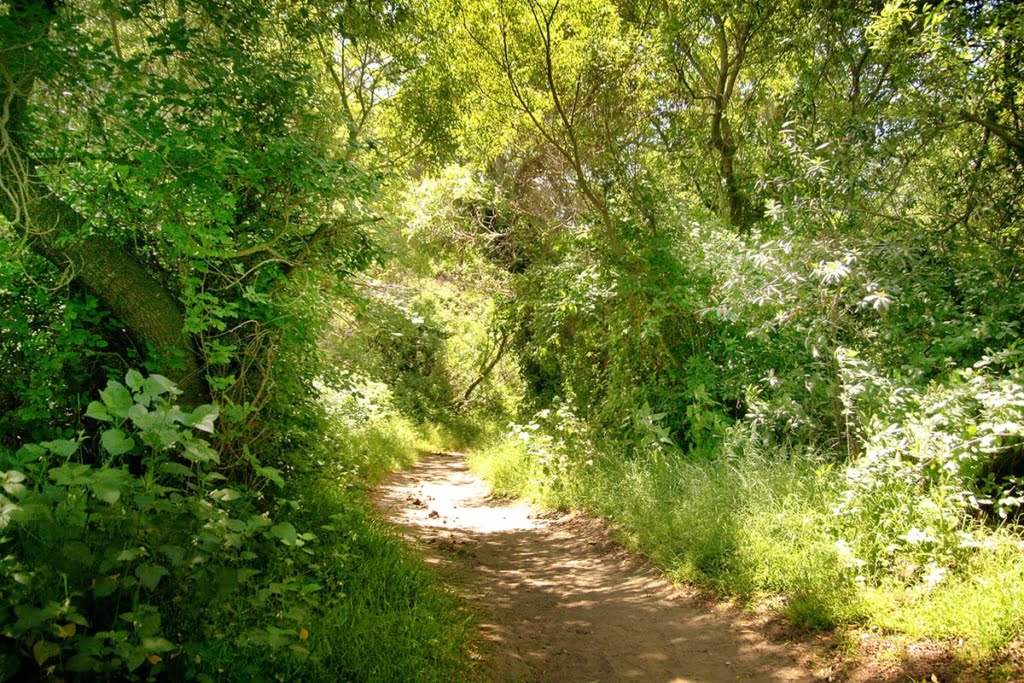 We came across a dead, baby rattlesnake.  Somebody must have killed it.  I had never seen a baby rattler before and didn’t realize how SMALL they are!  It looked like a huge worm! 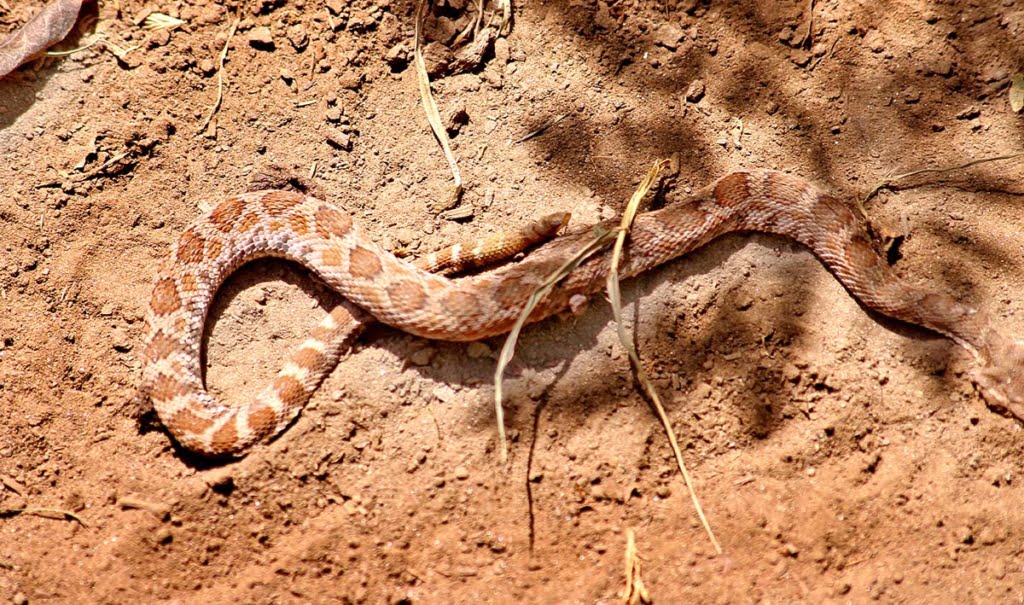 We had to walk across a creek to get to the beach: 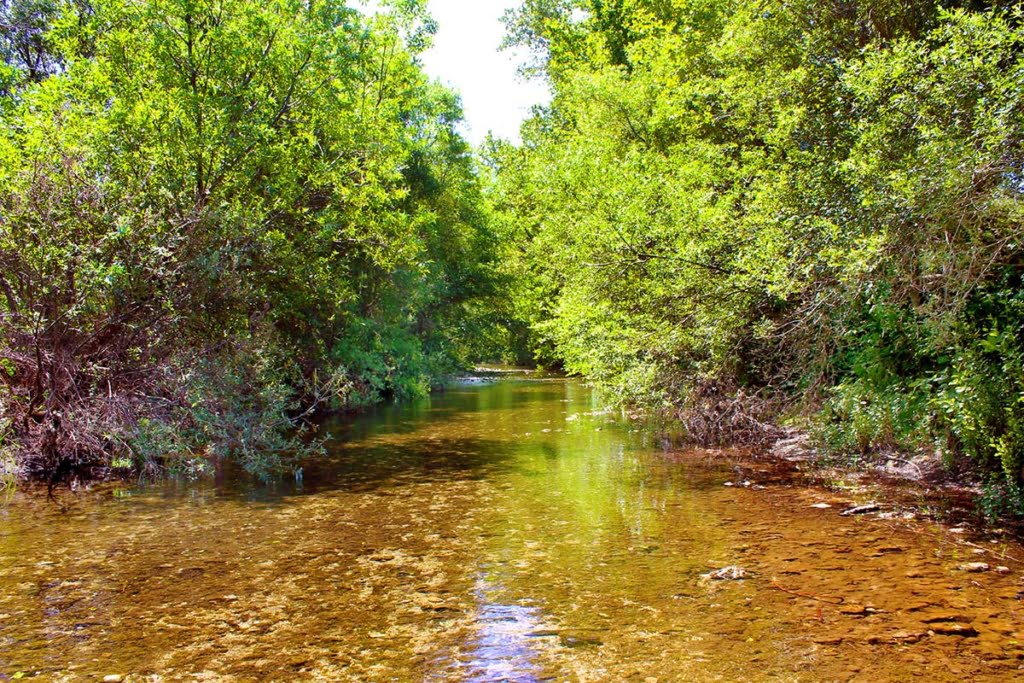 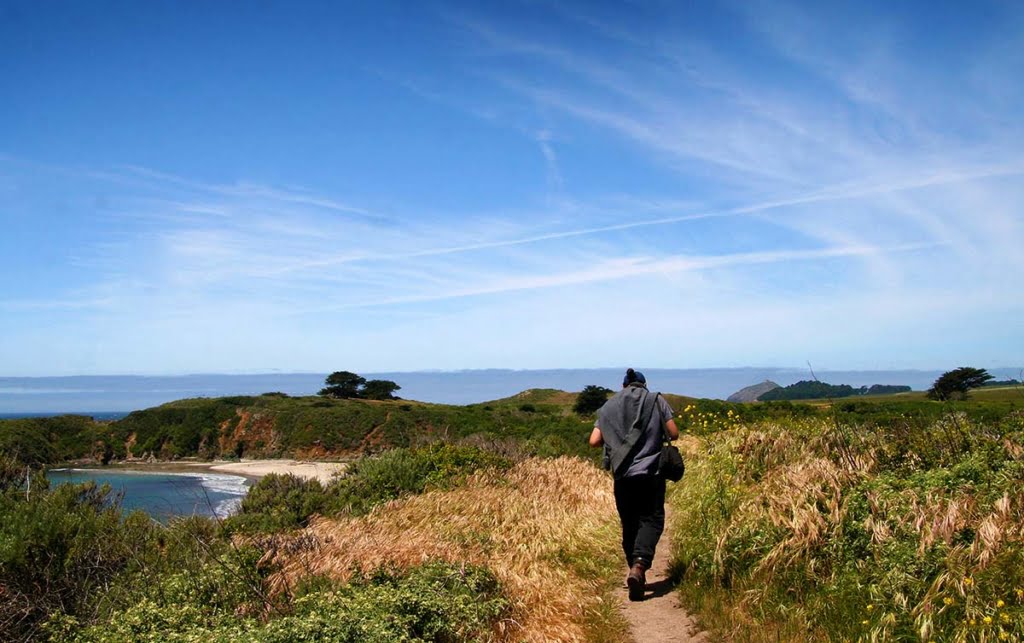 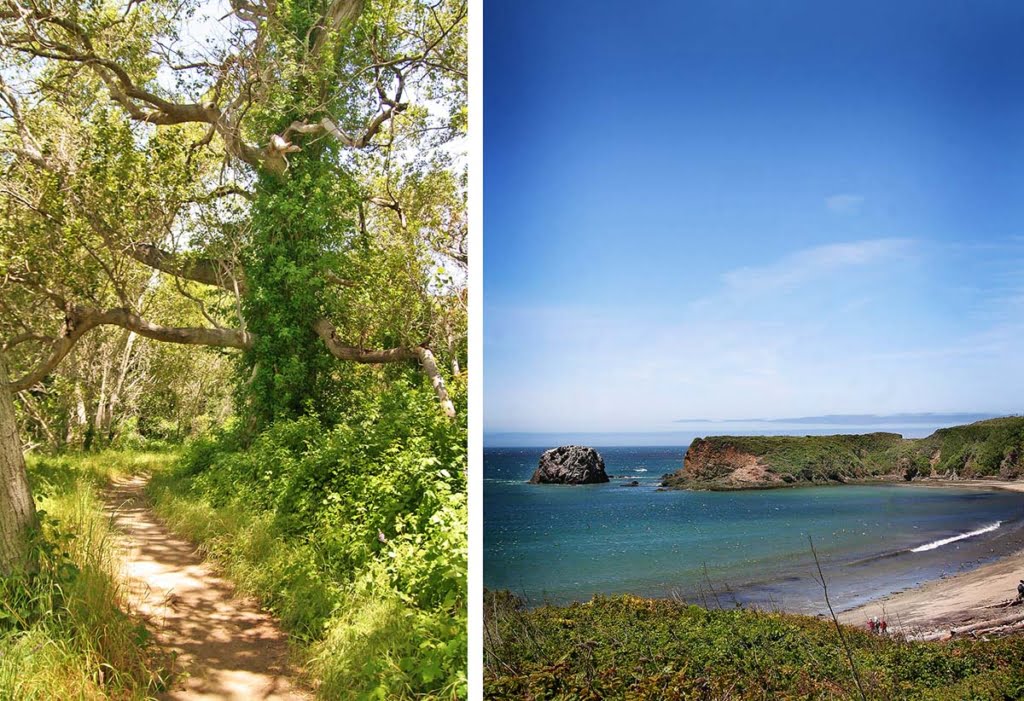 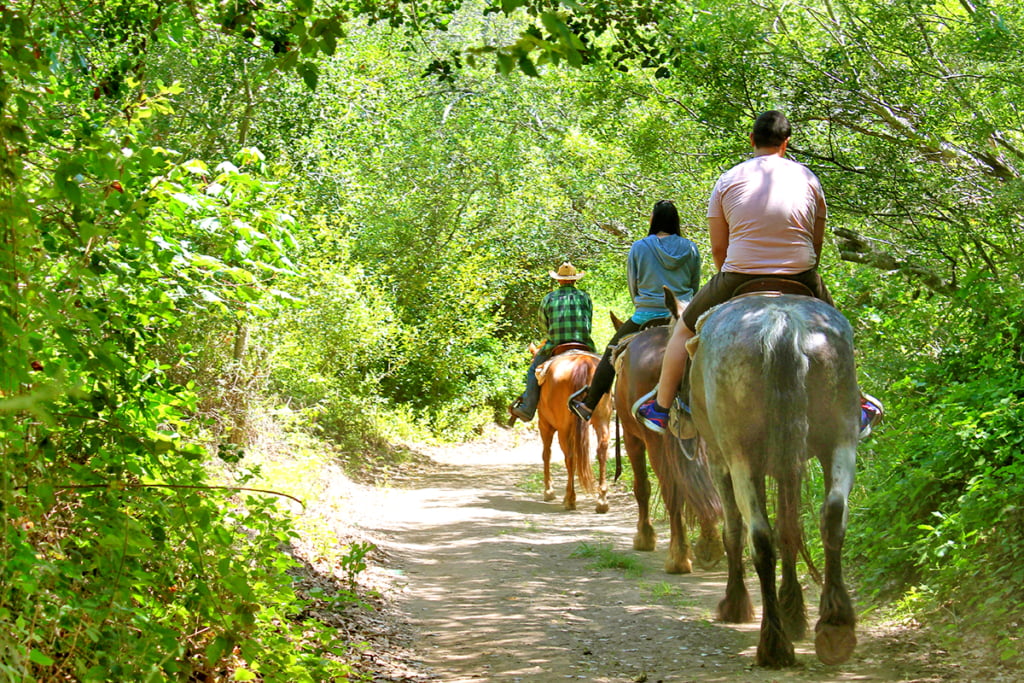 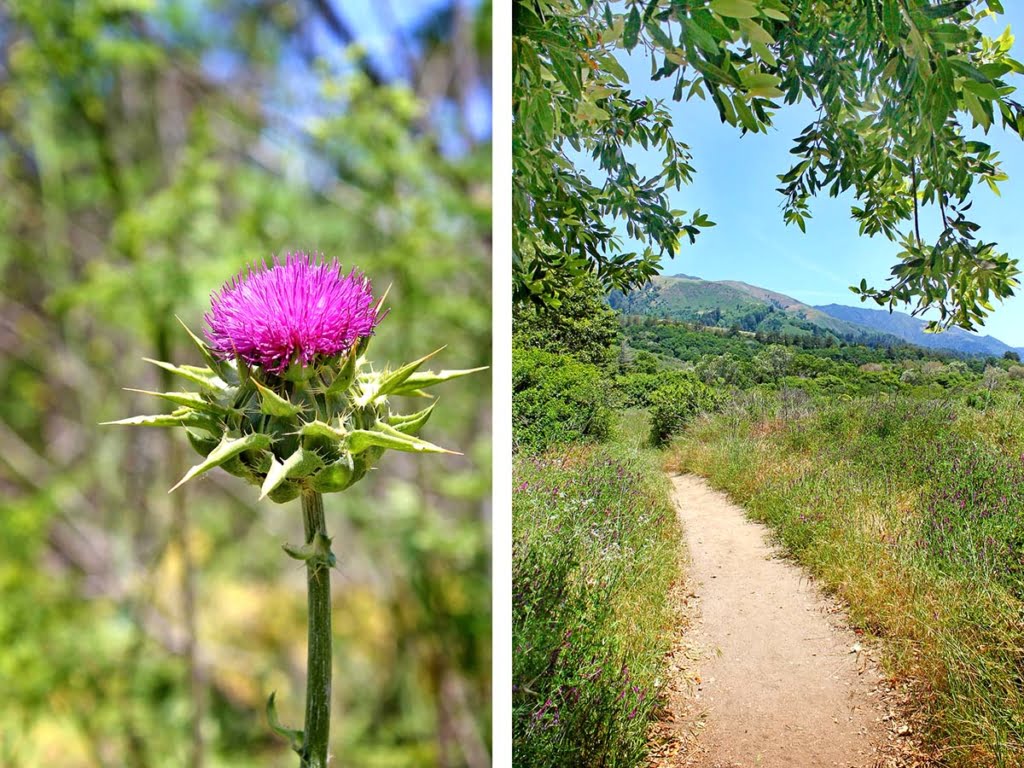 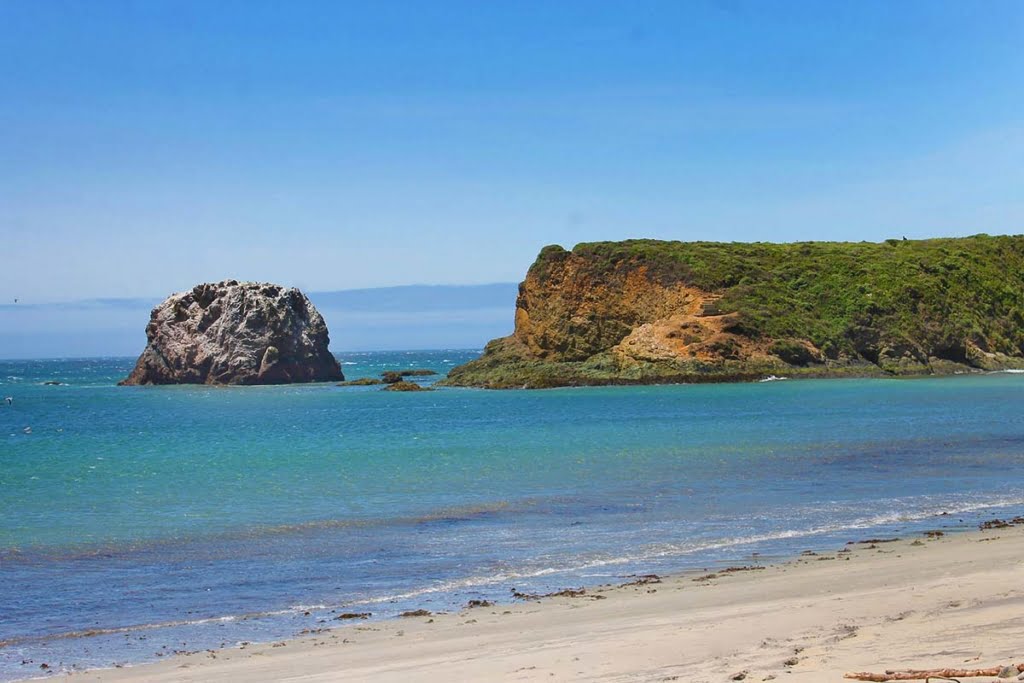 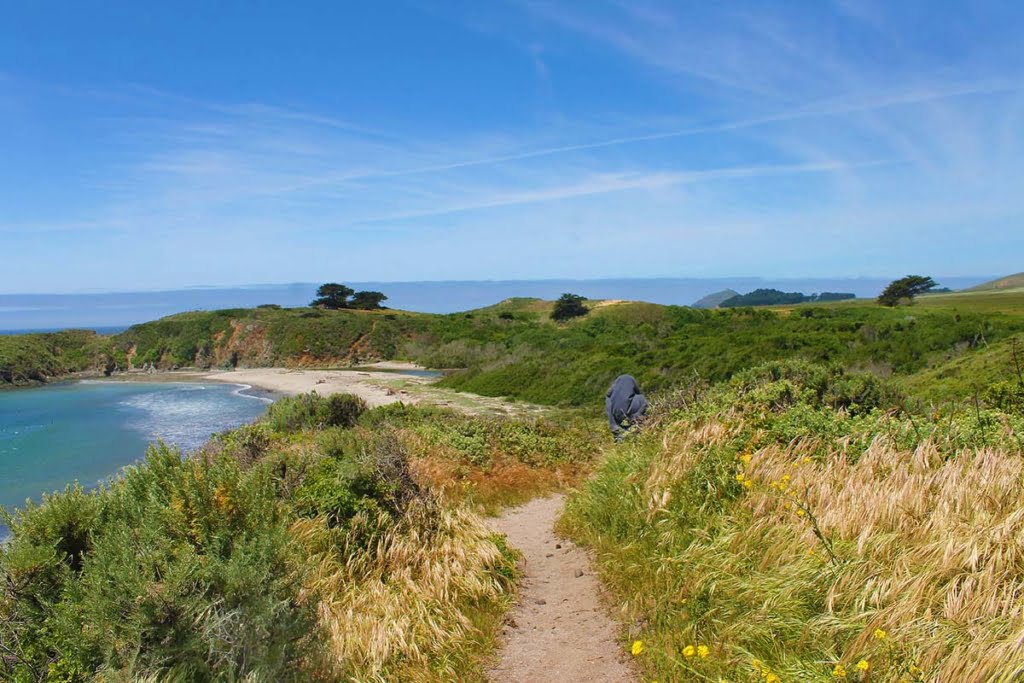 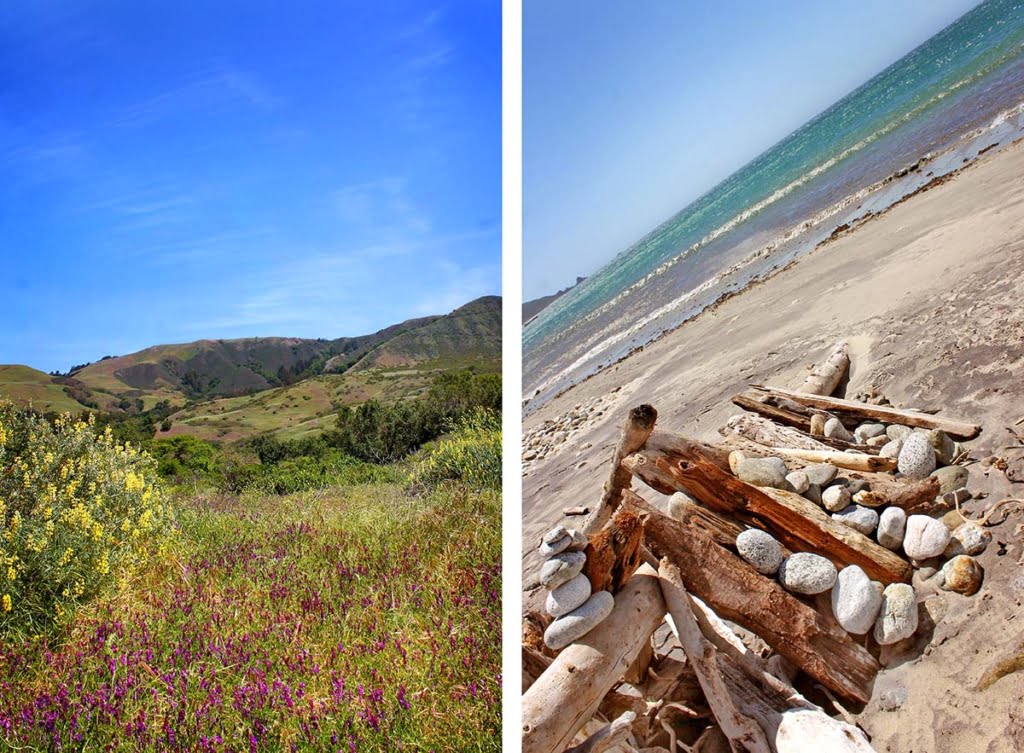 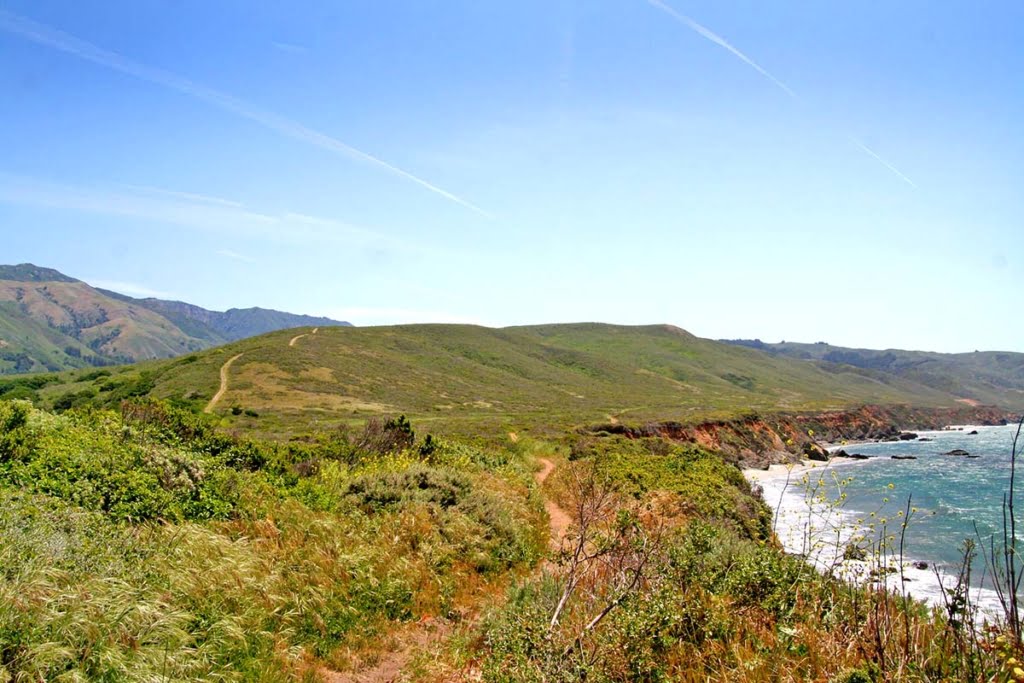 Make sure to check out our other site too! 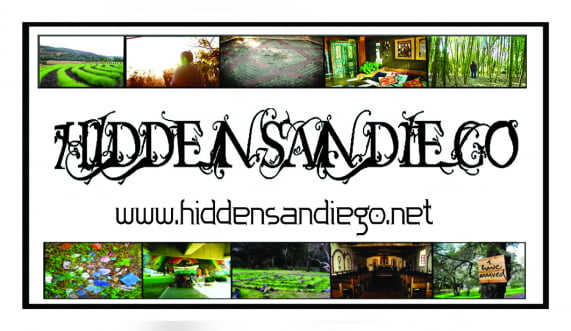 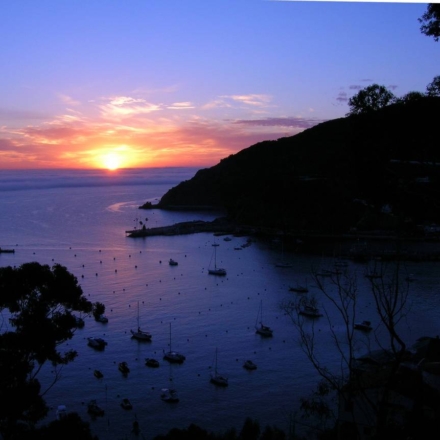 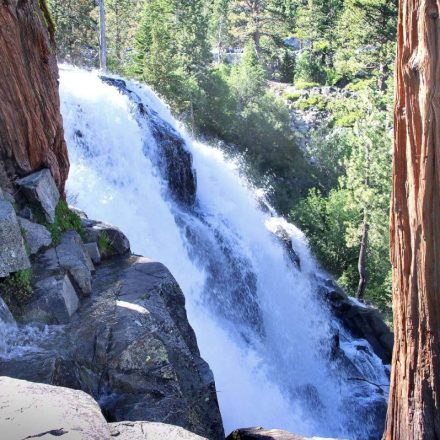 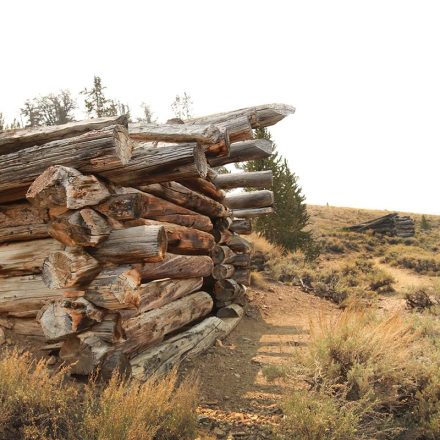