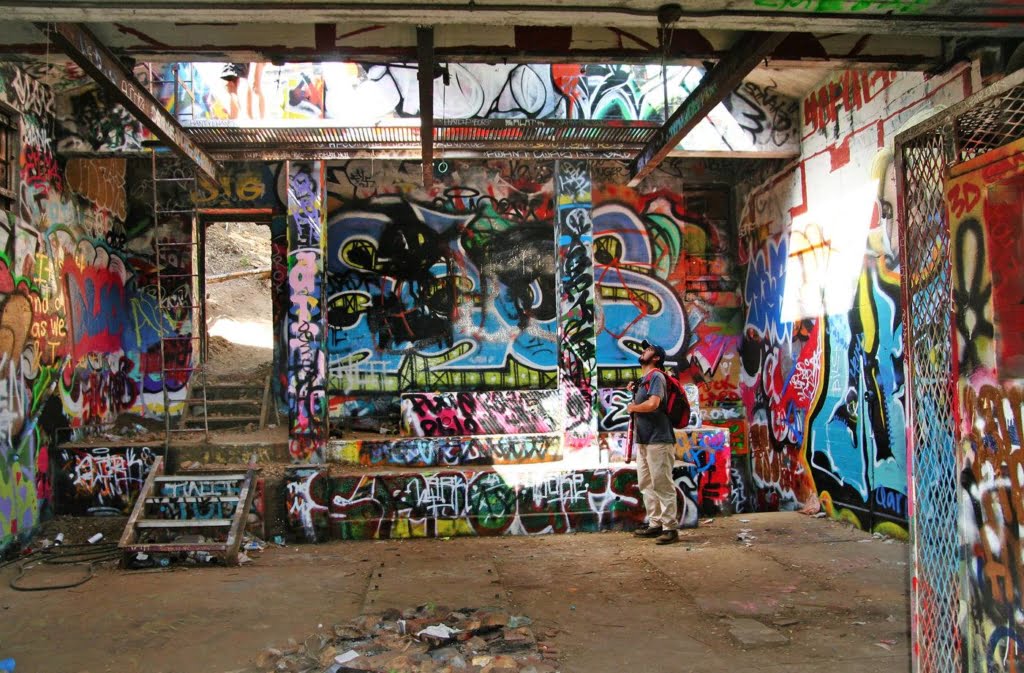 To help preserve Murphy’s Ranch, we have made it part of our members section

Deep in the hills of Los Angeles, down 500 steps into a secluded canyon, lays what is now the remains of a secret Nazi hideout from the 1930’s.

During its heyday, this stronghold had 22 bedrooms, a vegetable garden with raised beds, a power station, machine shed, giant meat locker, a fully irrigated hillside for growing food, a bomb shelter, and even a 375,000 gallon water tank.

They also built multiple cement stairs up the side of the neighboring hill to help with the farming and to patrol the area. At the top of the hill is the wrought iron gate, once heavily guarded to protect the estate below. 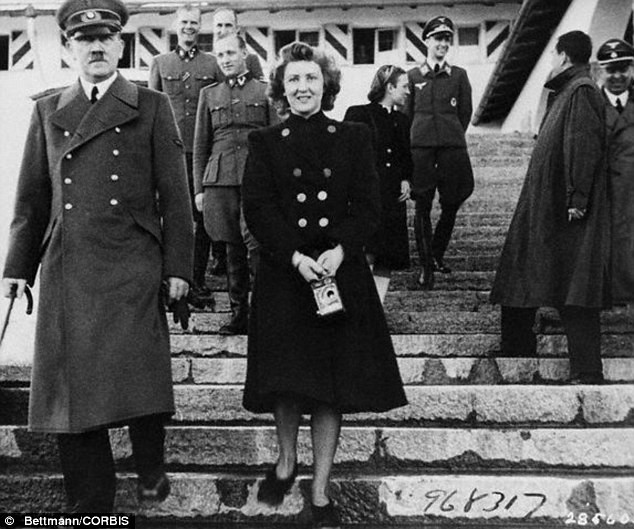 A couple named Winona and Norman Stephens were convinced by a German named Herr Schmidt that when Germany ultimately won the war, the American government would collapse, leading to a time of anarchy in the United States.

It was built by the Silver Shirts, a sinister group of 1930s fascists who took their name from Hitler’s Brown Shirts grass roots organization.

Close to the homes of actors and directors such as Stephen Spielberg, the site has been a magnet for historians, curiosity-seekers and modern-day Nazis. 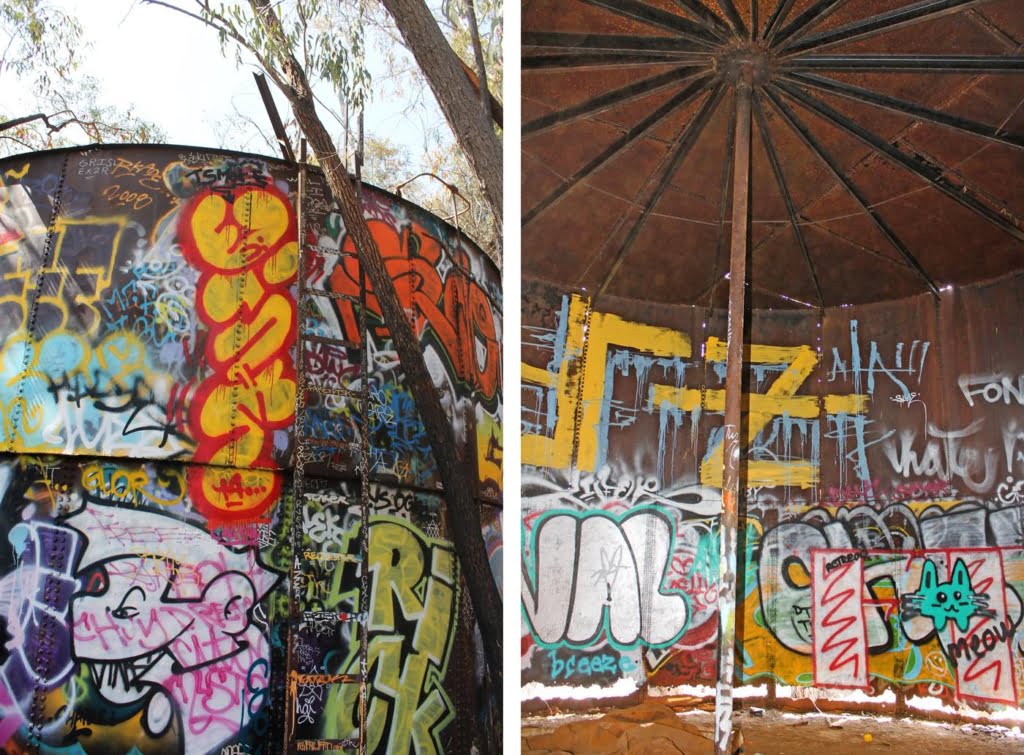 Today the eerie landmark lies in ruins, filled with graffiti, and quite possibly awaiting the bulldozers so it can be turned into a picnic area for hikers – a soon-to-be forgotten slice of American history.

While you’re in the area, make sure to check out the Malibu Hindu Temple nearby!

Historian Randy Young told the Sunday Express: ‘This was supposed to be the seat of American fascism from where Hitler would one day run the United States. ‘The neighbors were a little freaked out by the construction and weird happenings, but until war broke out, they thought they were just eccentric people.’ 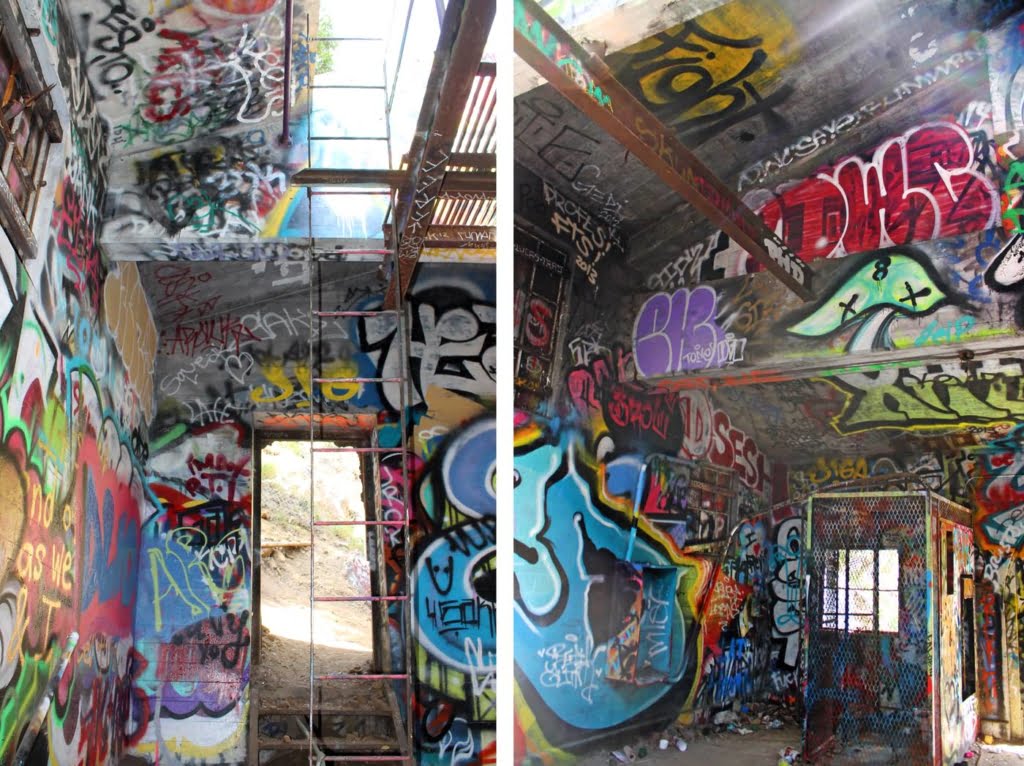 Personal Experience: The 2nd I got wind of a Nazi Hideout in Los Angeles, I knew that would be a top pick for our annual Hidden CA road trip. Tucked deep in a canyon amongst the luxurious hills of the Pacific Palisades lays the remains of a multi-million dollar commune which not only has the history of hiding Nazi sympathizers awaiting the overthrow of America, but was also the dwelling of famous artists such as Henry Miller in the 70’s.

The hike to Murphy’s Ranch was beautiful and in order to get down into the canyon you have to walk down what feels like a millions stairs. You will pass many interesting ruins along your journey though. This is definitely worth the trip. 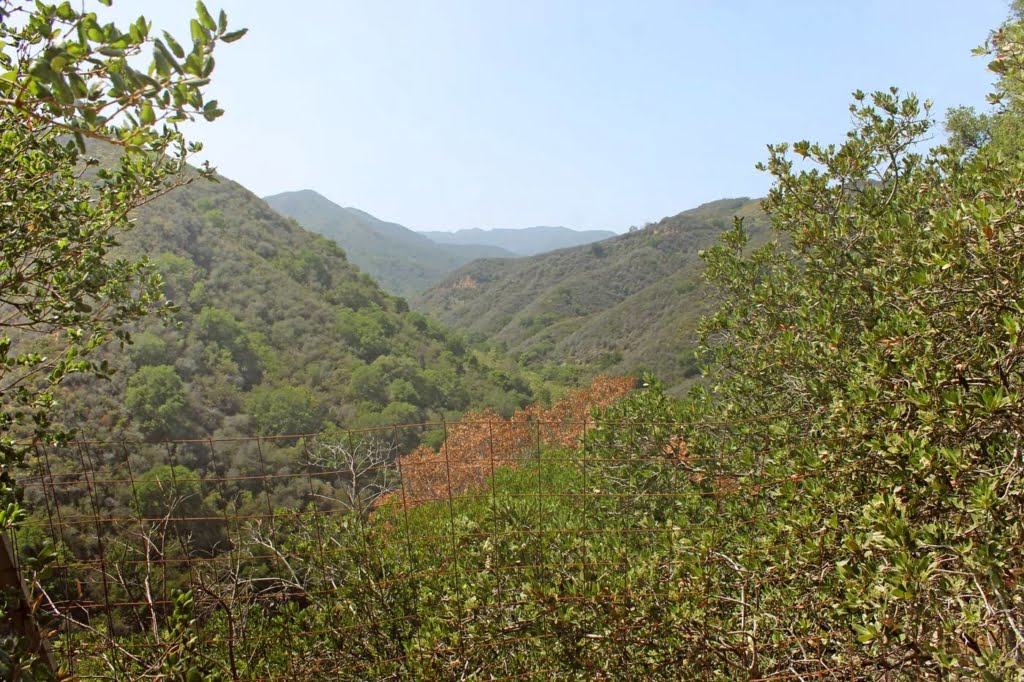 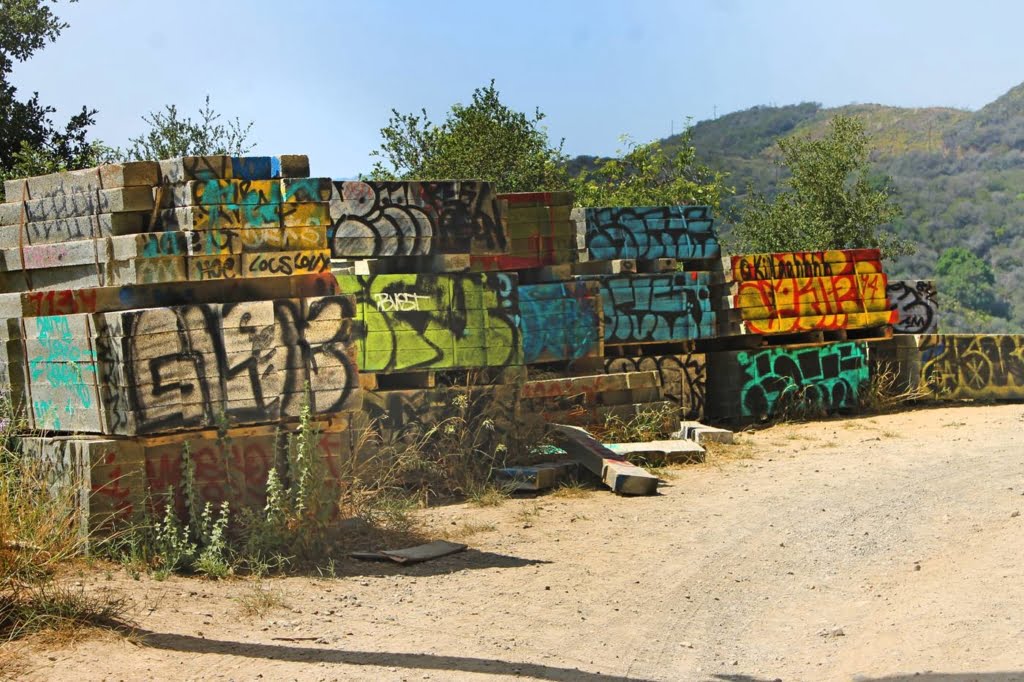 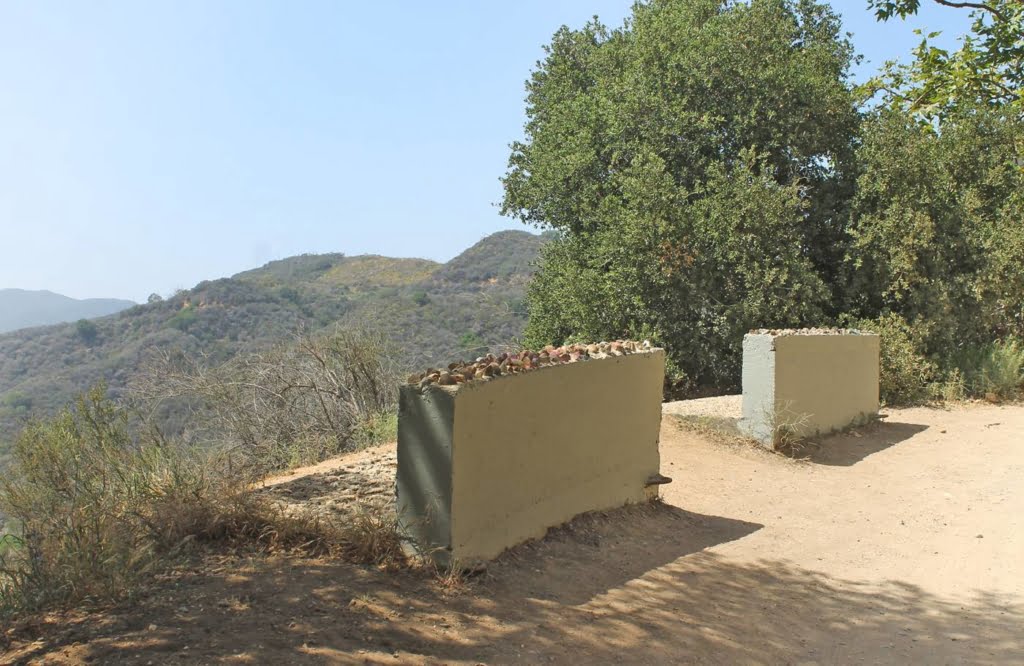 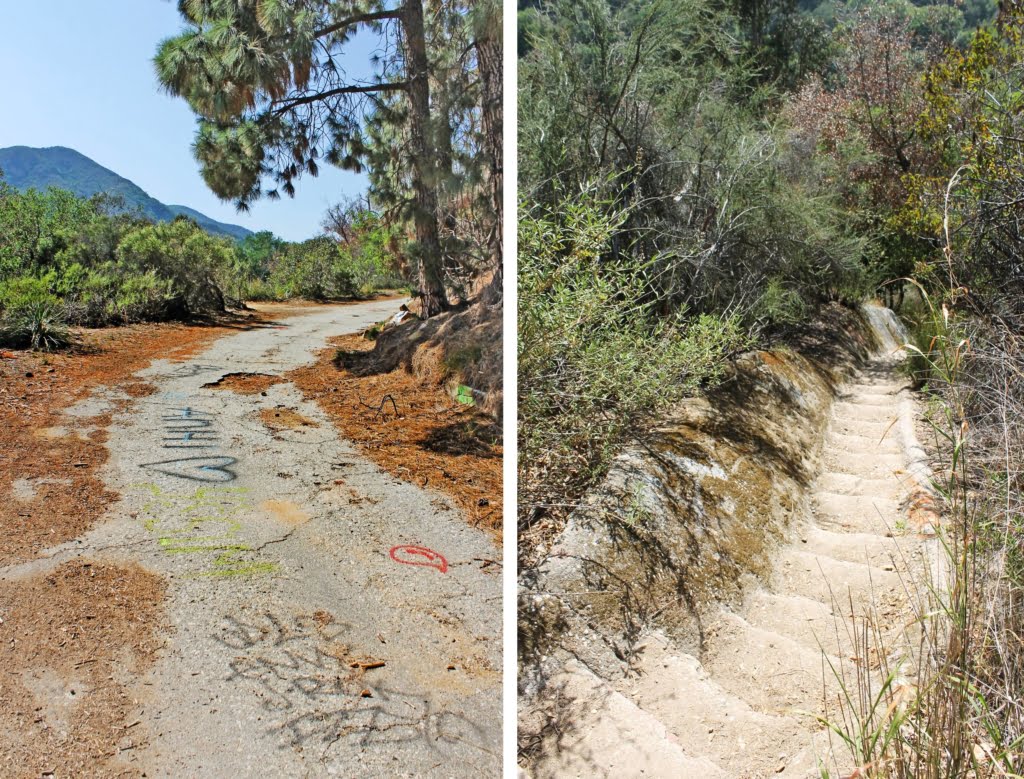 We came across this old water tower on our way down.  This was part of the property: 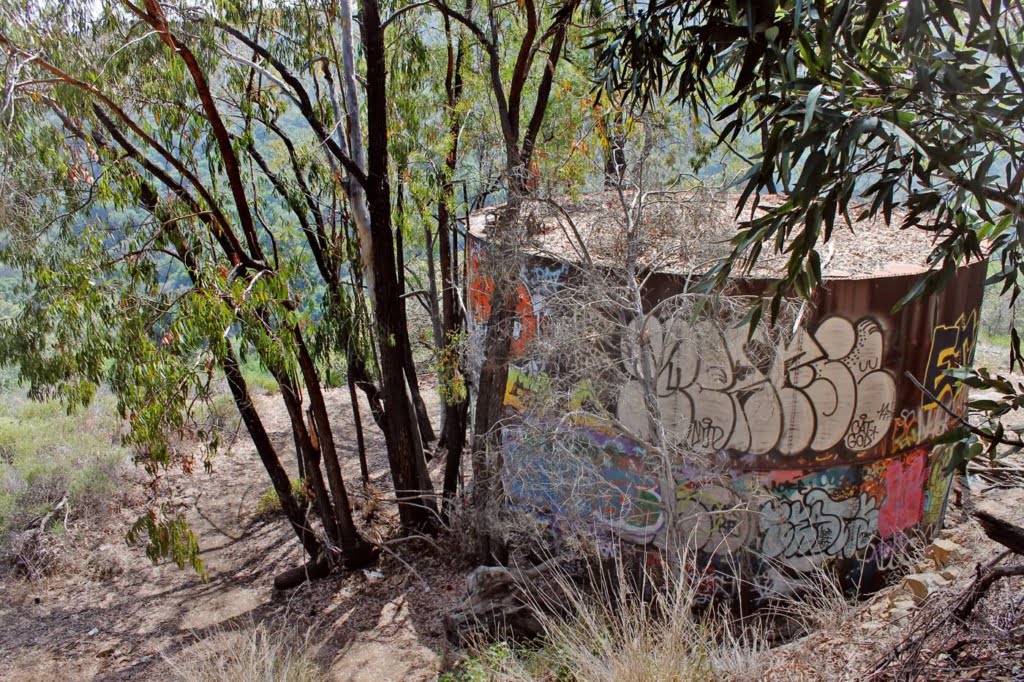 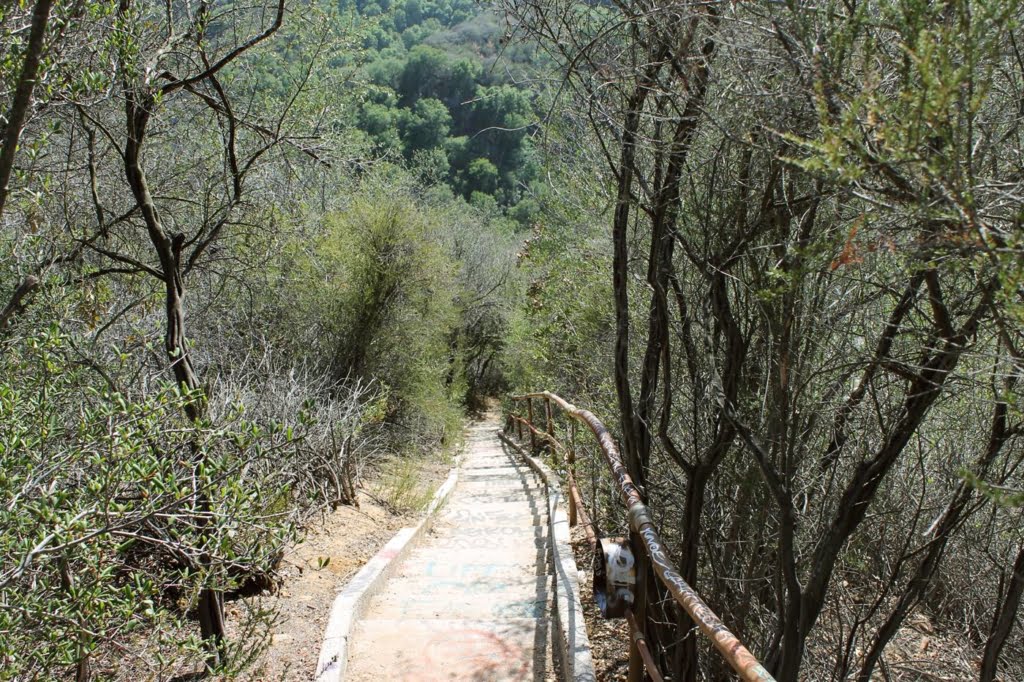 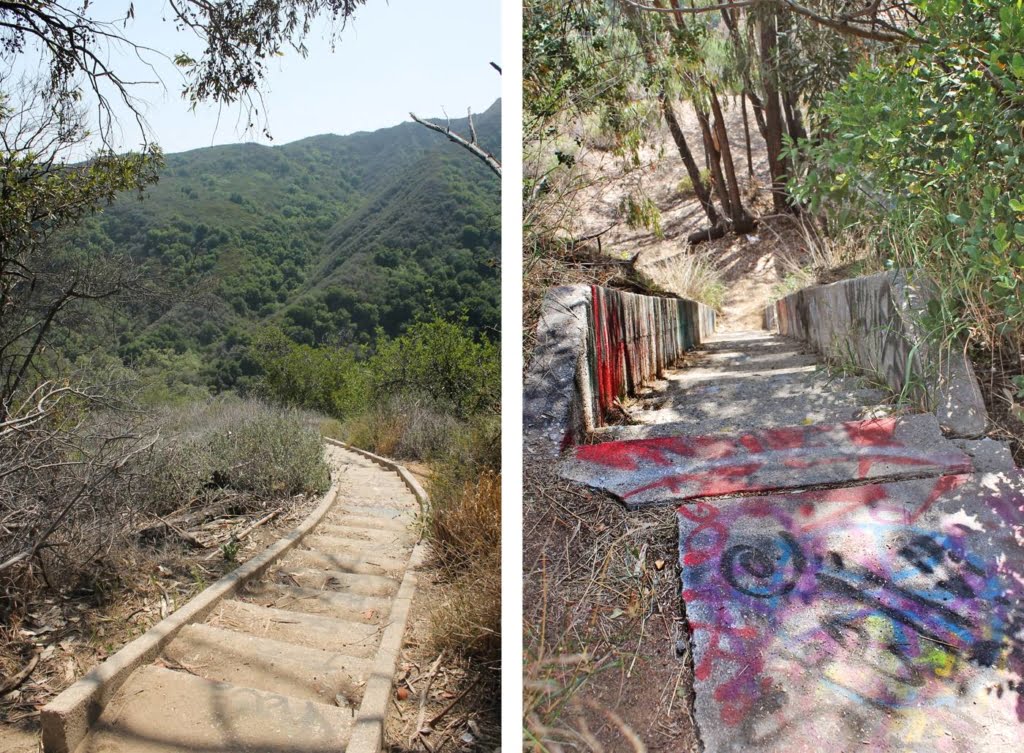 Remains of the vegetable garden: 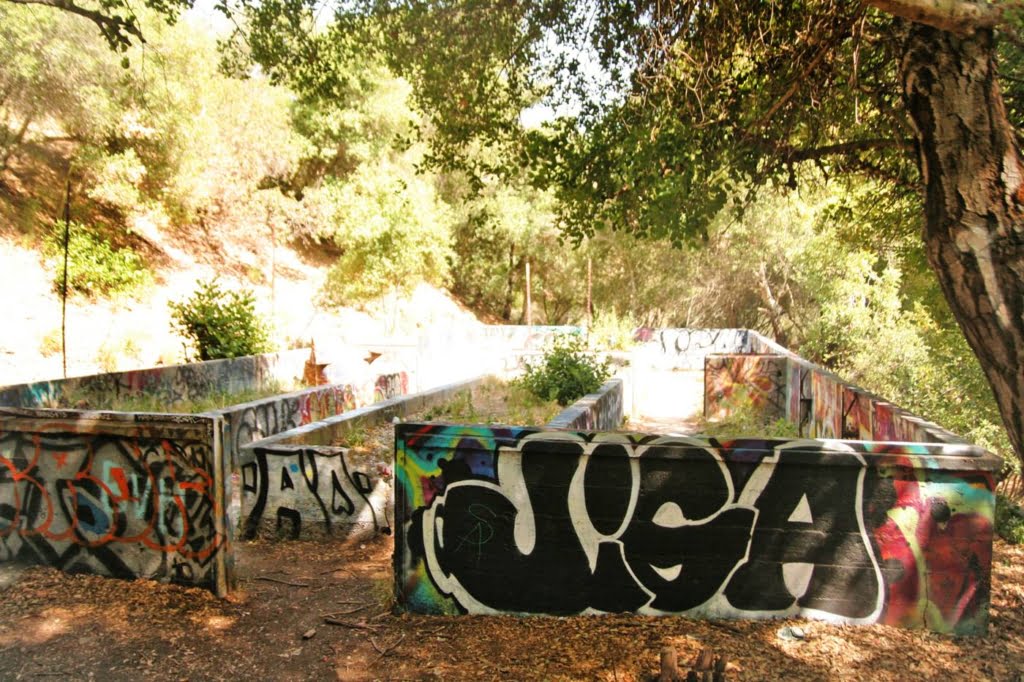 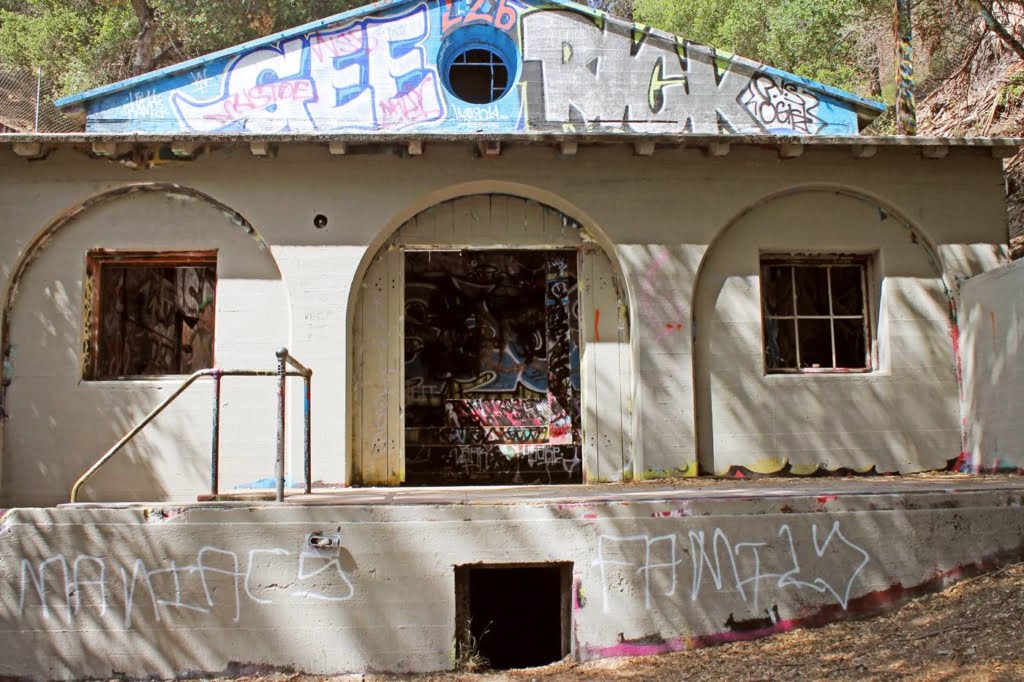 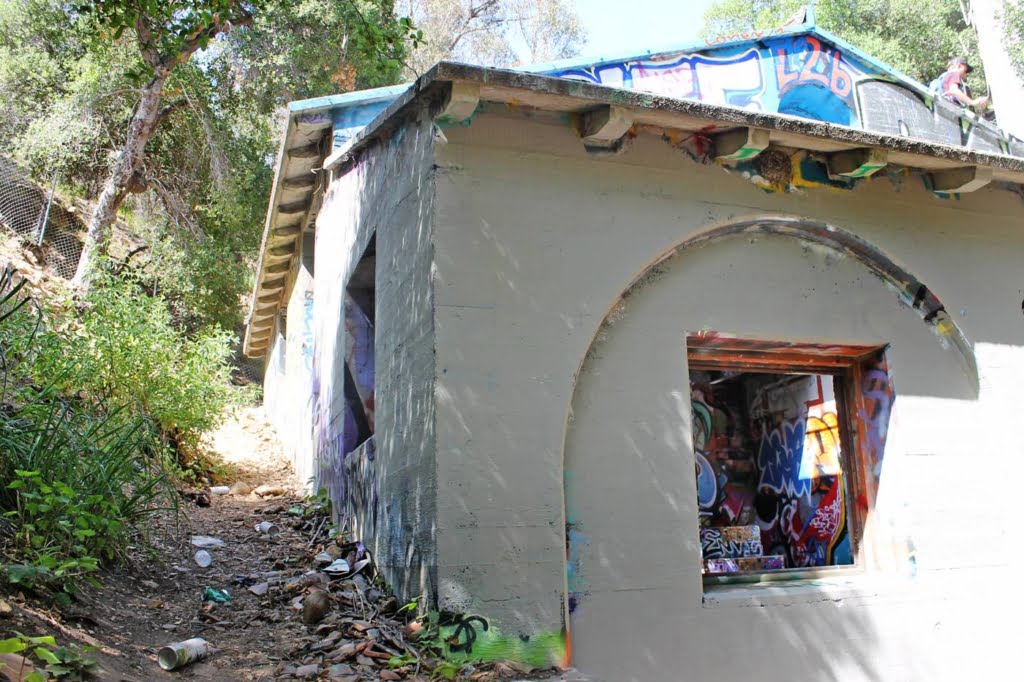 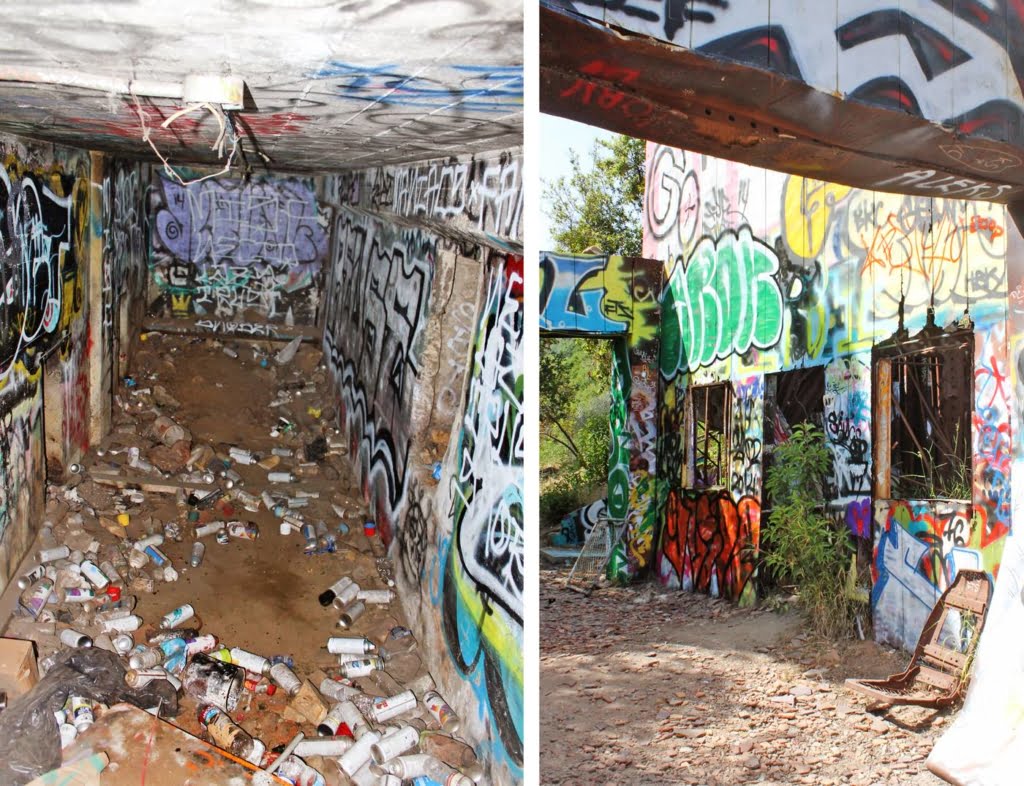 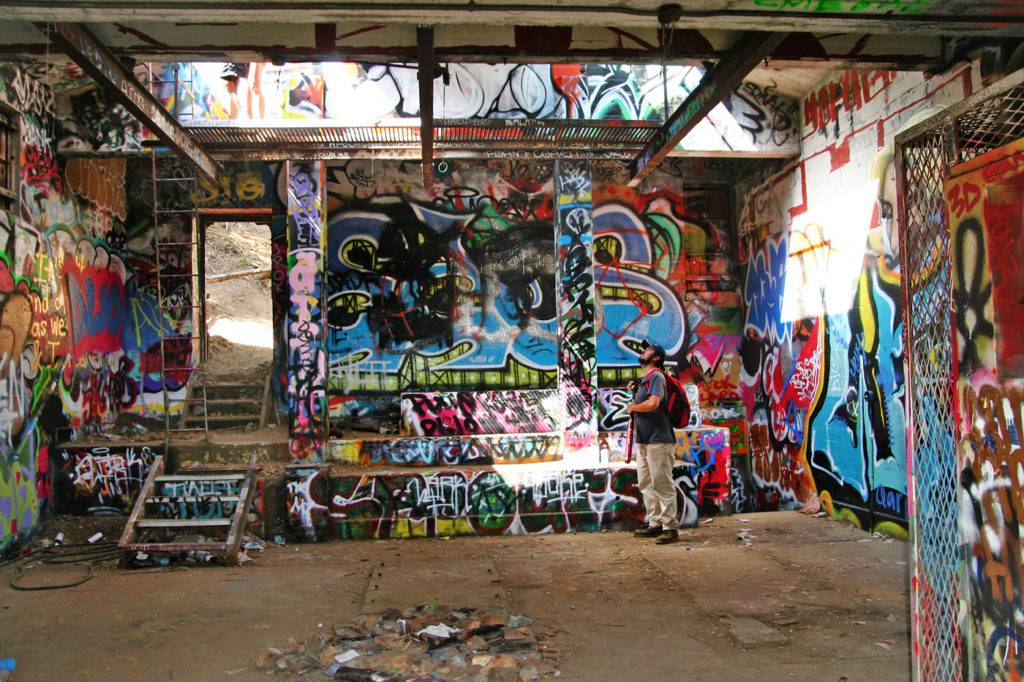 From here you head north for around 5-10 minutes.  You will eventually fall upon the machine shed: 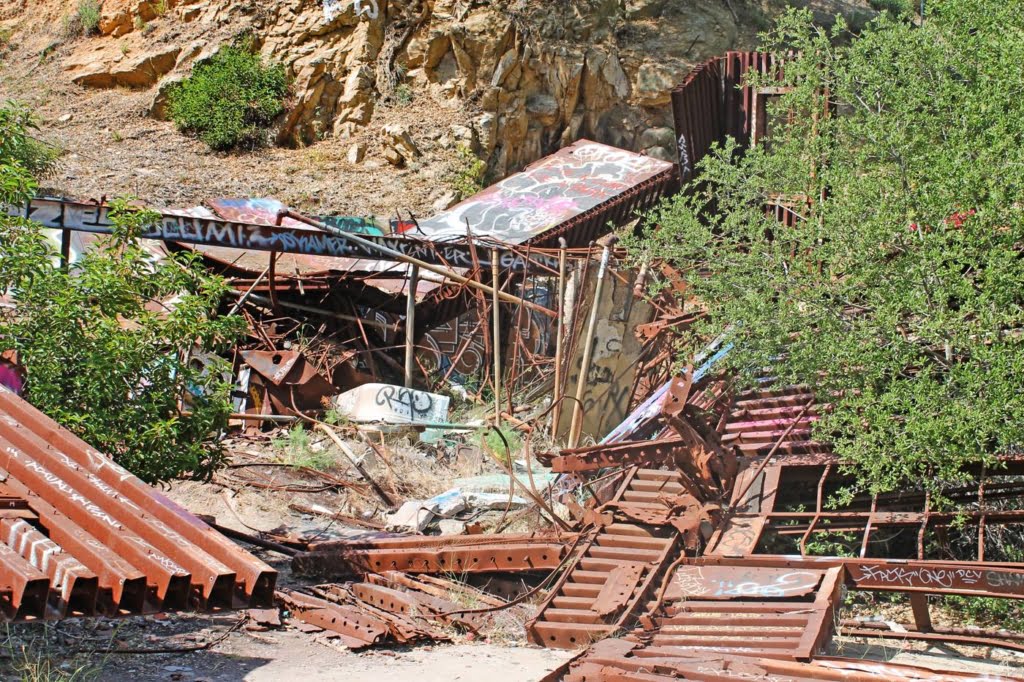 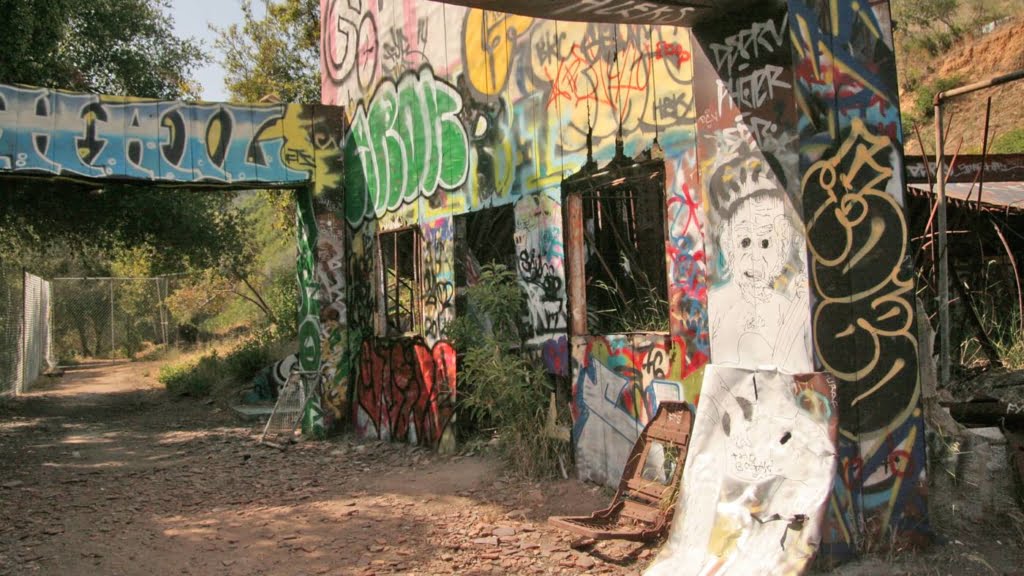 We didn’t go back up the same way we came.  I was hoping to come across more interesting things so we followed the trail north, back the way we came.  We saw many neat things along our way: 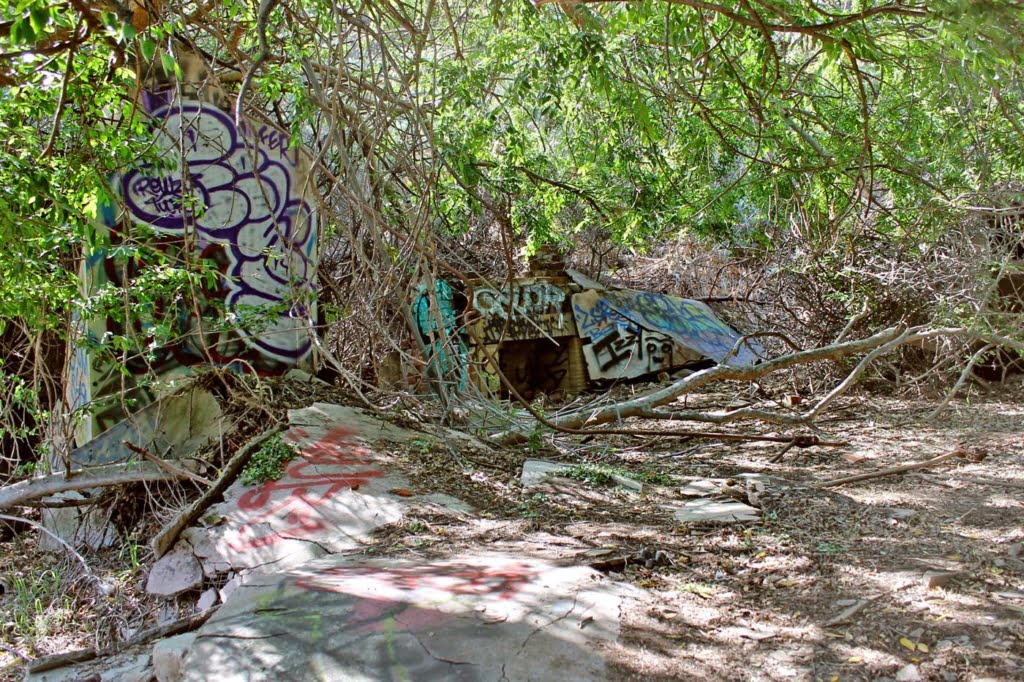 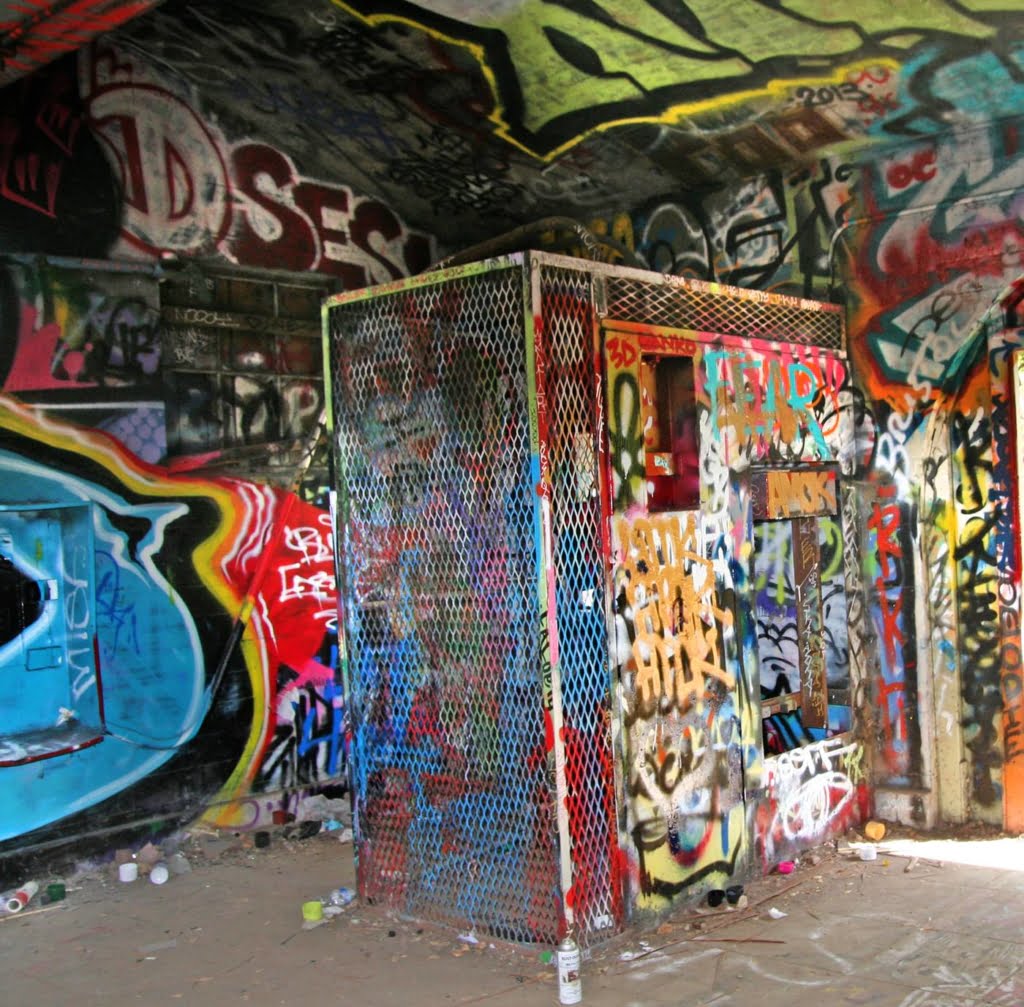 We walked up a windy trail (no stairs on the way back up) that eventually lead to this gate.  Talk about the icing on top of the cake!  This was the main entrance taking you down a long driveway into the secret hideout! 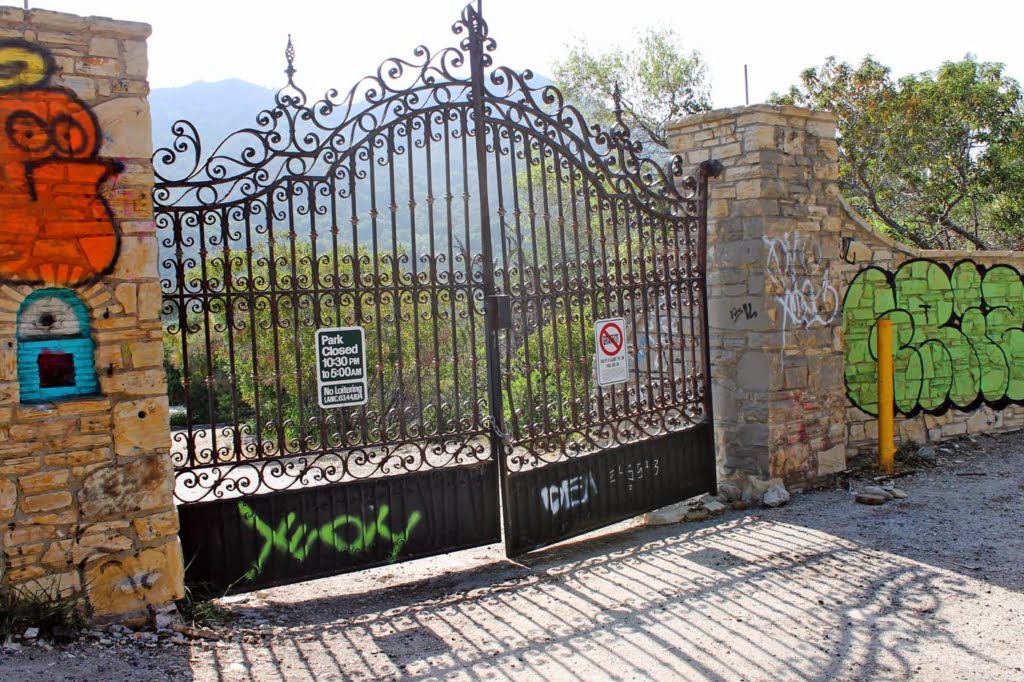 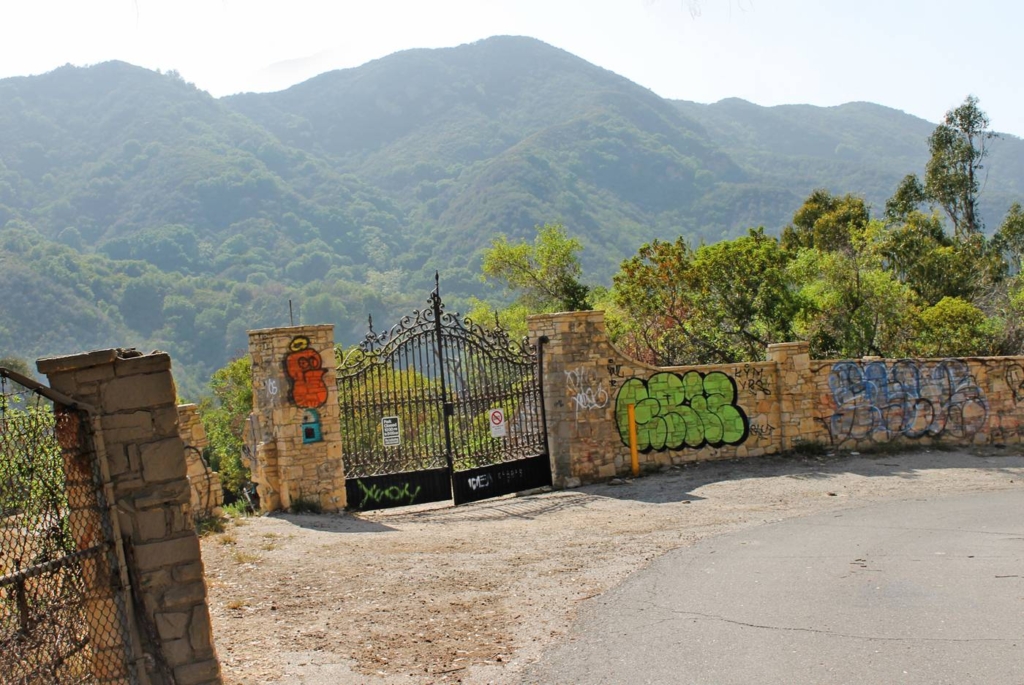 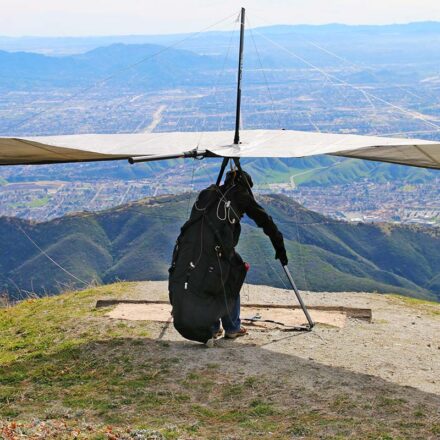 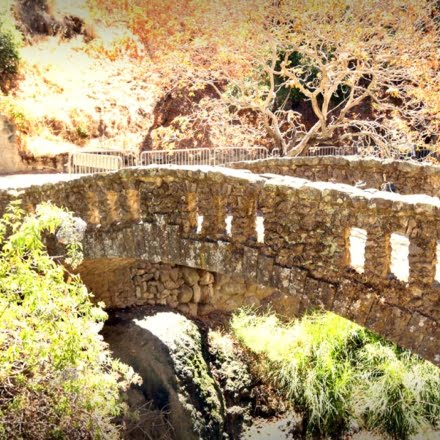