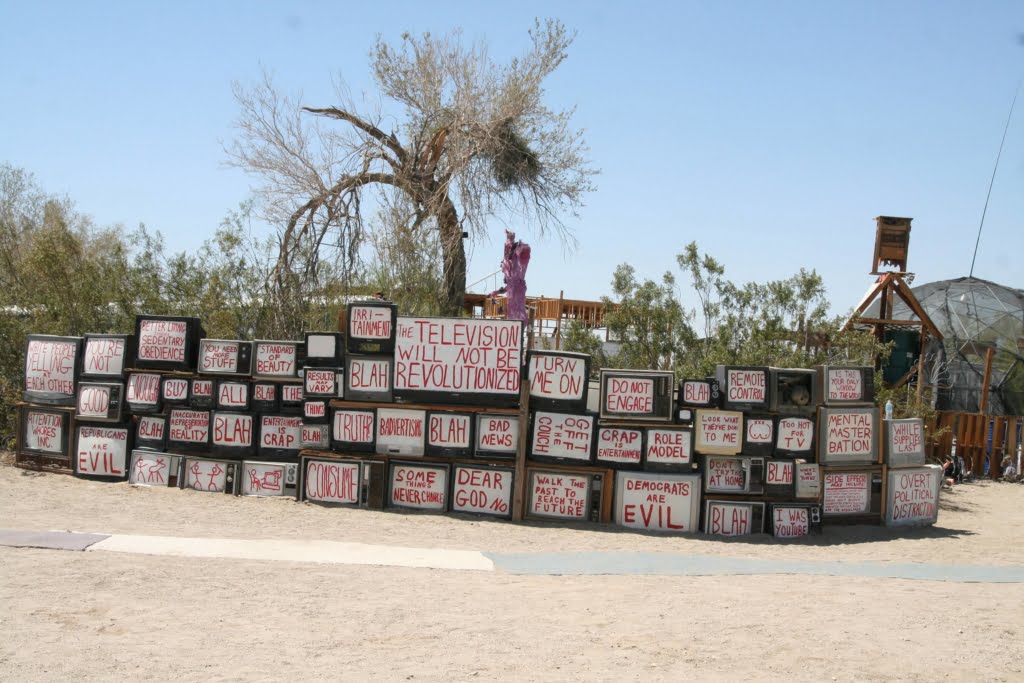 East Jesus was conspired by one eccentric man who went by the name of Charles Russel.  Charles had a tech background and one day decided to leave it all, pack up his belongings and move to Slab City.  Here he helped work on Salvation Mountain, another artistic spectacle in the area.

What began with two cars that Charles turned into art pieces, quickly became an entire outdoor art gallery of sorts.  Soon after, his friends and local residents began helping out with the project. Although Charles passed away in 2011, his legacy definitely lives on! 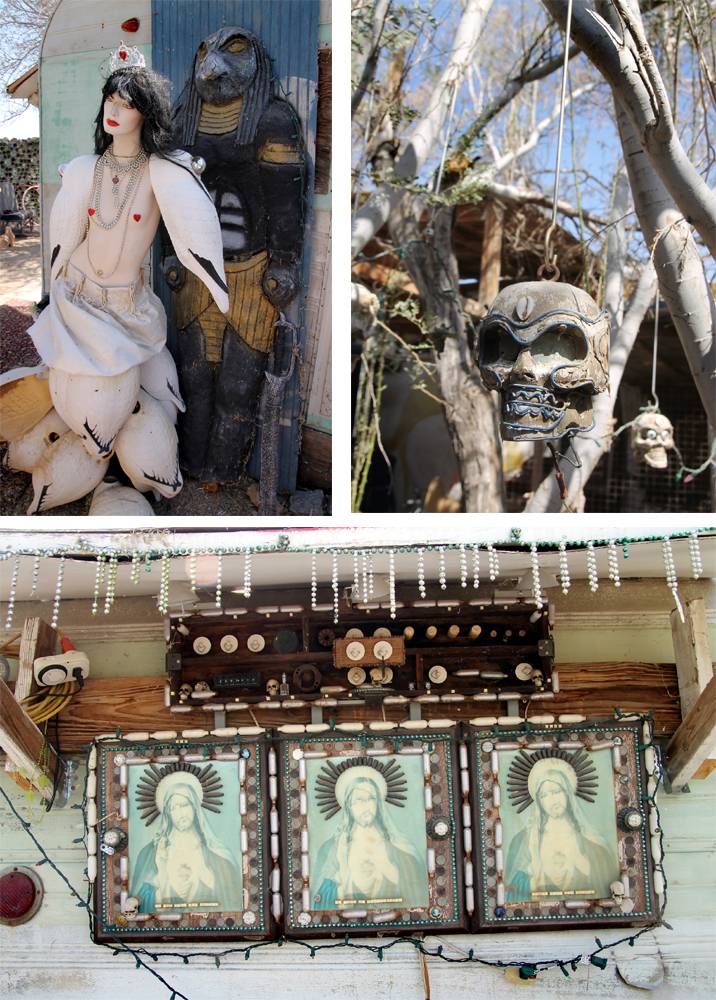 Let me start off by saying that East Jesus is probably unlike anything you have ever experienced before. This place is brimming with thought-provoking details. I mean, this is REAL art, each piece having a powerful message and ALL being created from recycled material or death. These installations do what art is supposed to do: it leaves you feeling moved.

I would imagine most people will have strong opinions about the artwork, the gallery (if you will) and Slab City in general (where East Jesus is located). I want to make it clear that Slab City is not for the light-hearted. This is a fascinating community that is filled with highly controversial beings–and I get the feeling they like it that way. Do your research before heading out here. I mean it. 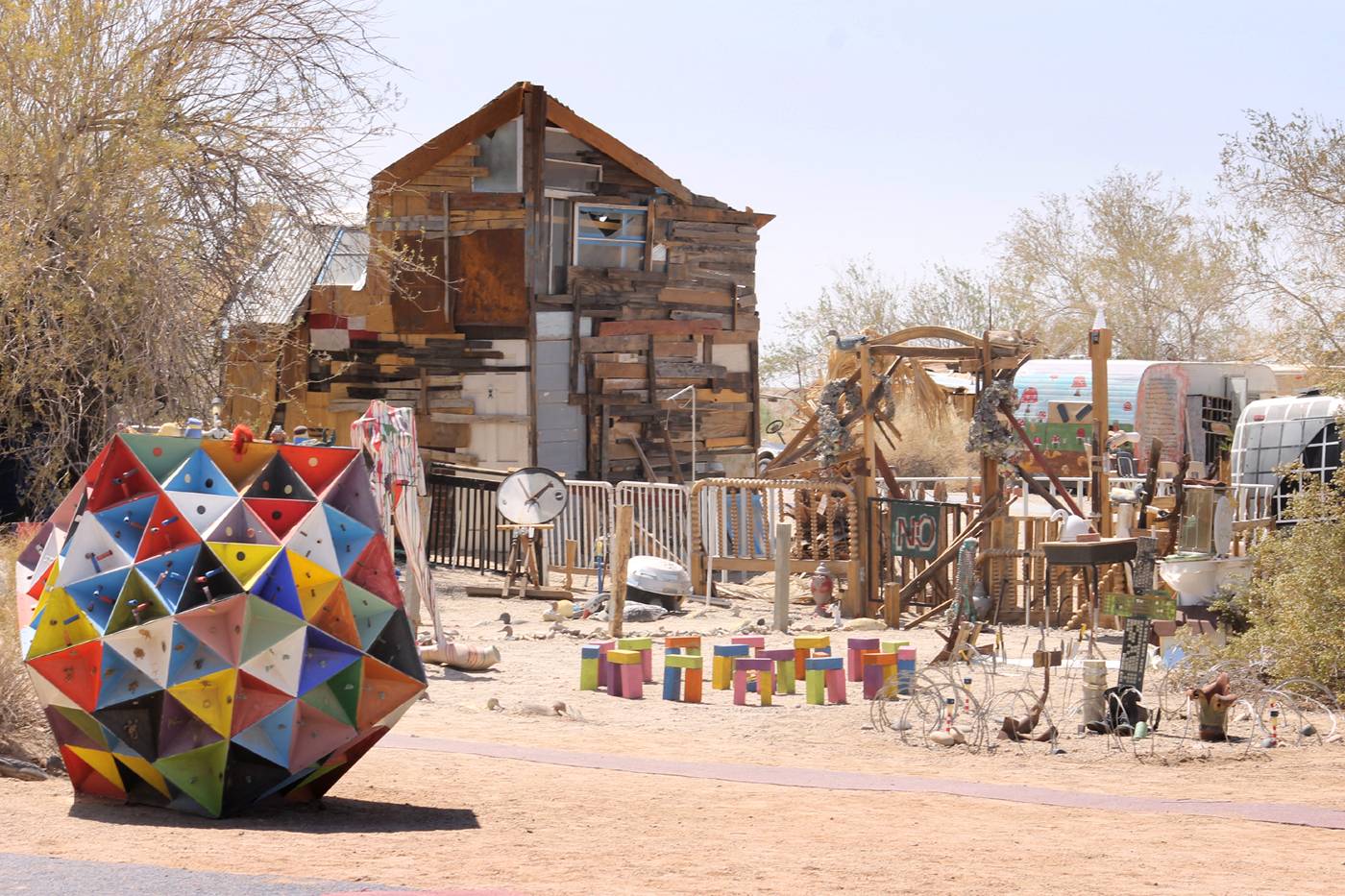 Make sure this area is for you. You can get a better grasp of this area on the Abandoned Homes of Salton City, Salton Sea and Salvation Mountain pages. My first tip is to go in COOL weather as it gets extremely hot out here. It’s hard to enjoy things when you’re burning up and dehydrated.

We were fortunate enough to get a tour by one of the residents, Mopar (otherwise known as the Wizard). Mopar is a colorful and knowledgeable individual who explained each installation to us and basically blew our minds with the genius behind each piece. We got a behind-the-scenes tour which gave us a glimpse into their housing facility. The place is head-to-toe art. So cool!

One of the most important tips I can give you no matter what is to come here with respect. If it’s not what you thought it would be, don’t get snobby. Be respectful as you truly have entered a different realm with its own set of rules. Be polite and don’t come empty handed! These people are living off of a next-to-nothing budget which is partially why they’re so innovative! Offer them stuff they can make art out of, food, money, booze, whatever.

This is a fascinating subculture that we are fortunate enough to live close-enough to witness firsthand. You will find all sorts of people out here, all with one motivation in mind: living free and away from ‘the man’ (or the beast as they refer to him as). You will find good people out here and extremely shady people. Trust your gut. 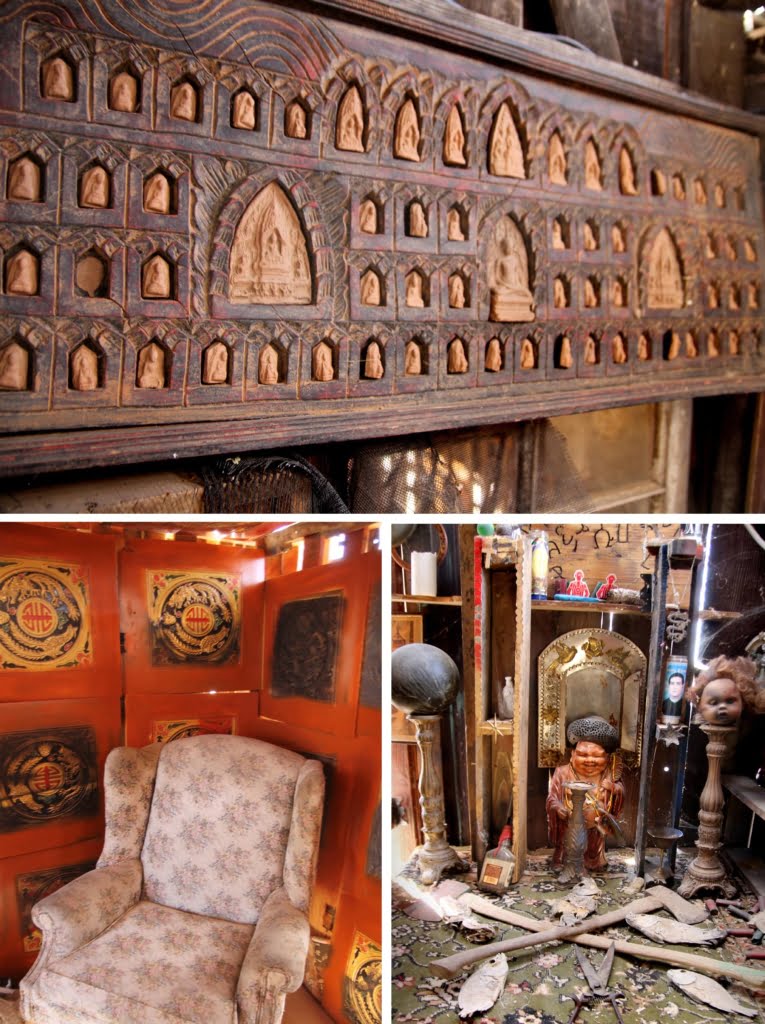 Meet our gracious guide, Mopar, aka the Wizard: 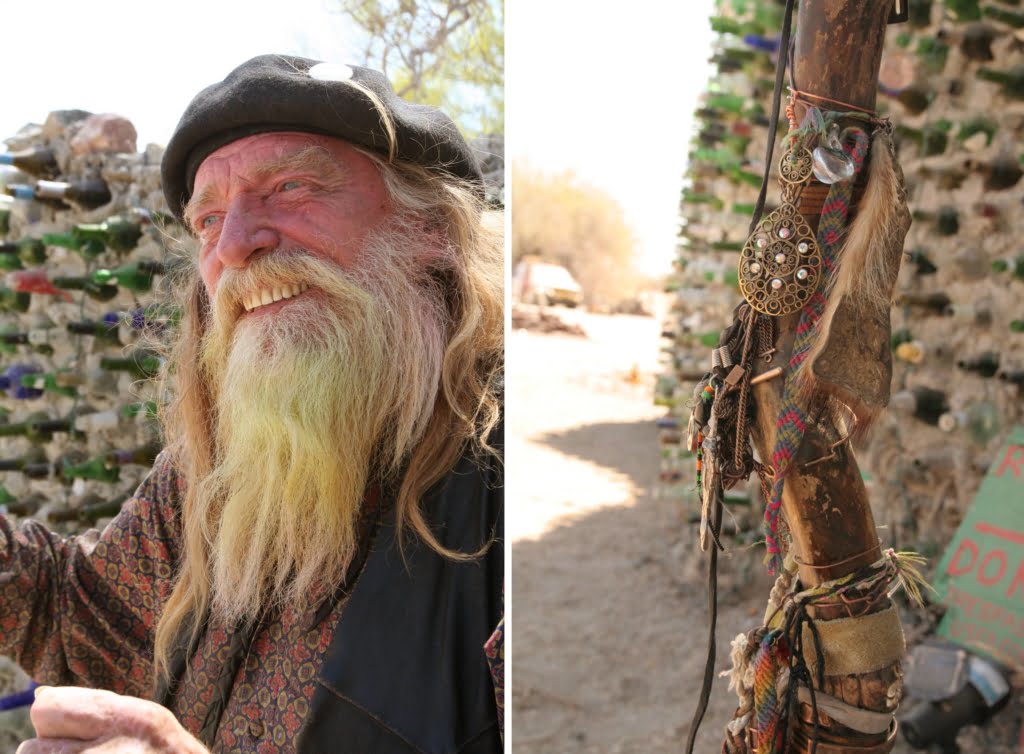 Most of the art is playing on their distaste for mainstream society: 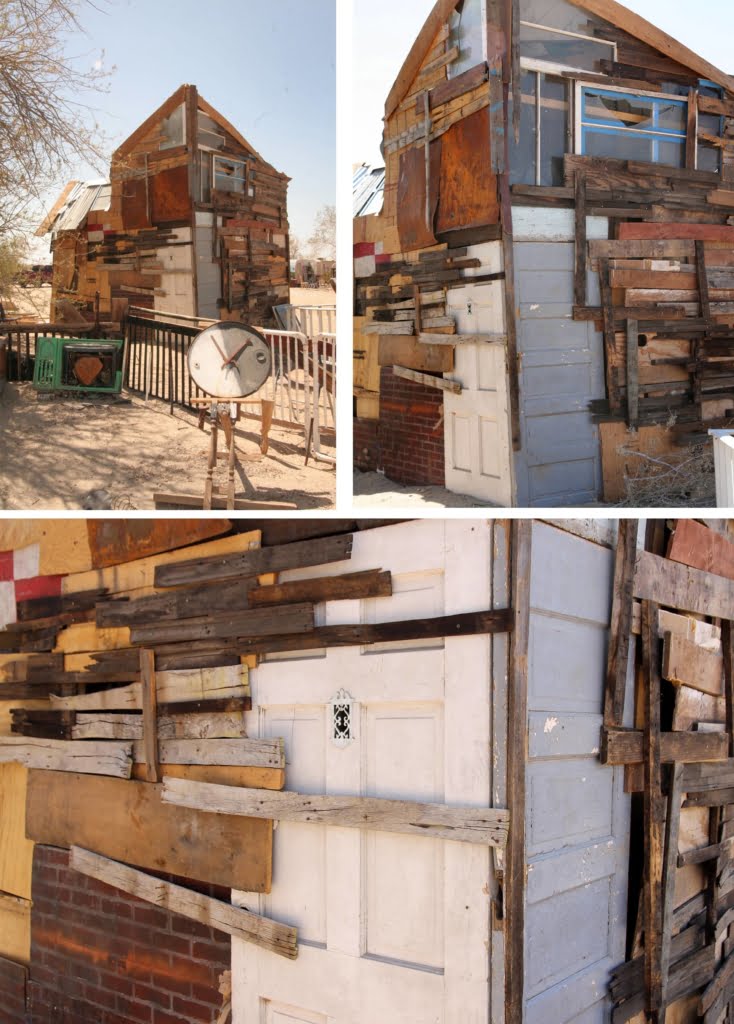 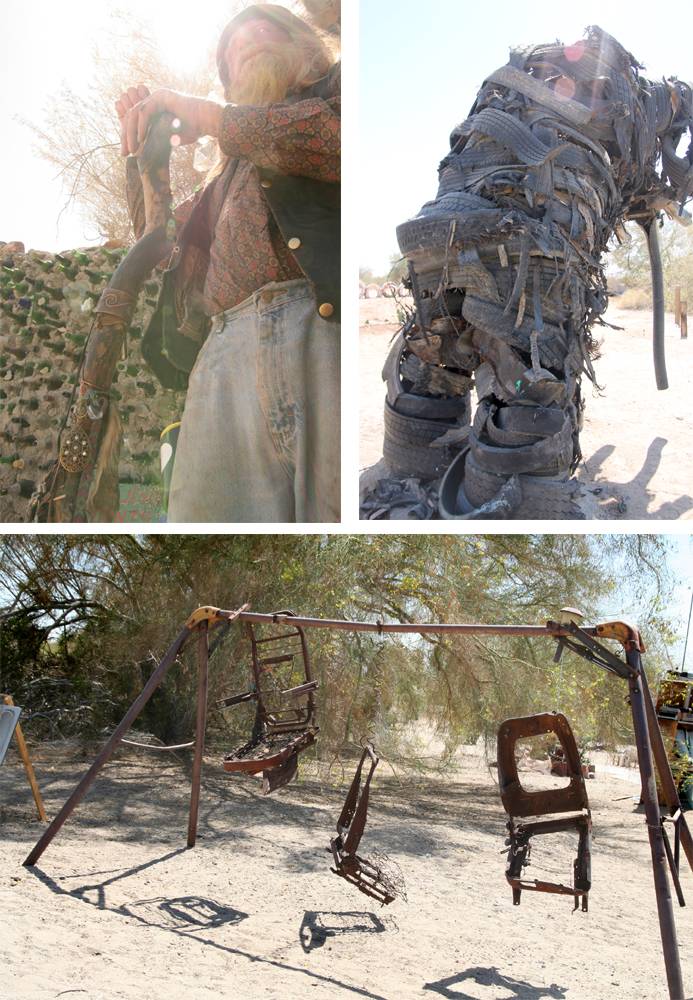 (Above) Post-apocalyptic playground. (Below) Man, lost in his thoughts, attached to his “stuff” (not photographed).  He is constructed of death and debris. Close-up shot on bottom left of bird skull: 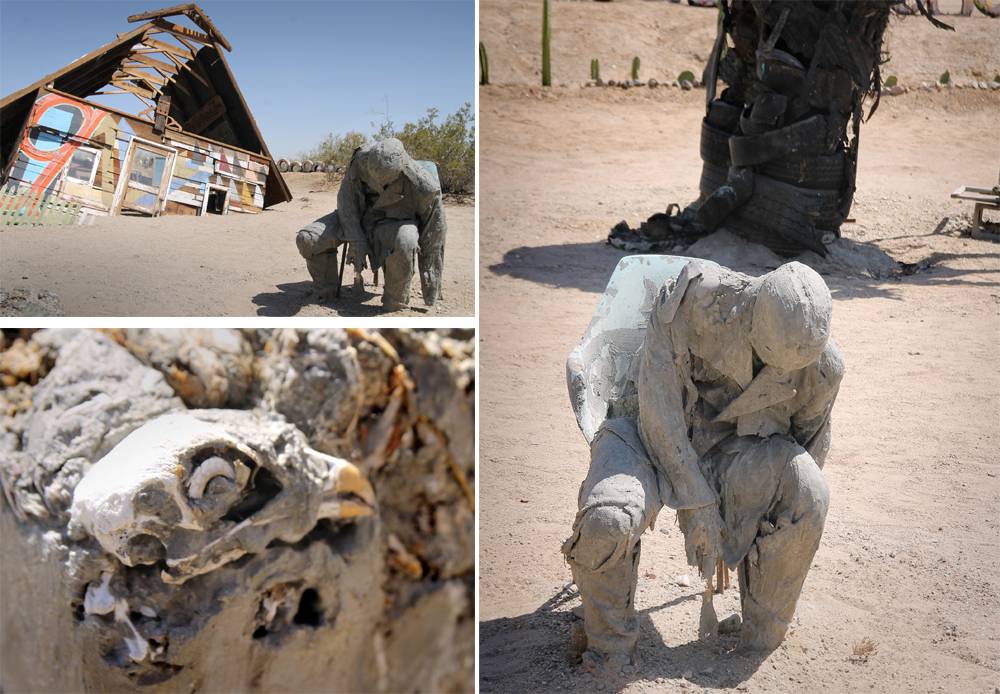 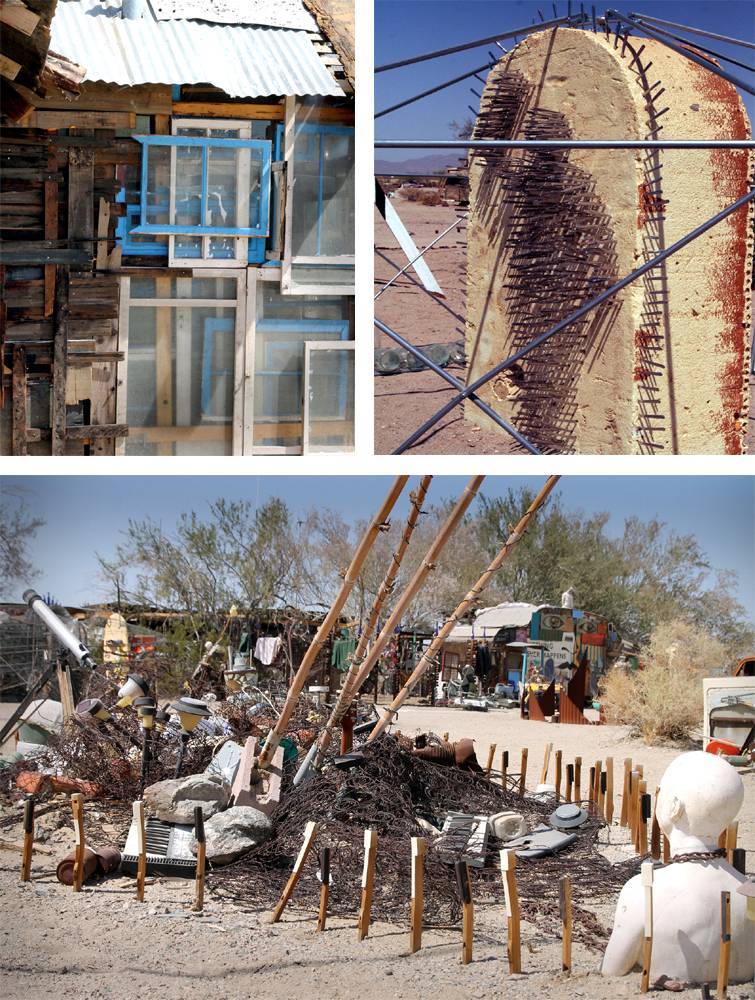 (Above) Man attached by neck, chained to all the junk he’s accumulated through life


“On the edge of a world saturated by media, in a desert outpost where it hardly seems to touch, Flip Cassidy has constructed a veritable wall of cynical-tongue-in-cynical-cheek commentary on this looming, pervasive force in our lives. This sculpture is made entirely from found and collected TV sets and computer monitors (most of which have had their circuit boards harvested for different art projects), and lets this castrated pile of technology complain silently to the desert and its passerby about how our society has decided to use it. As long as there is room to add to the breadth and height of the wall, it will remain a work in progress.” 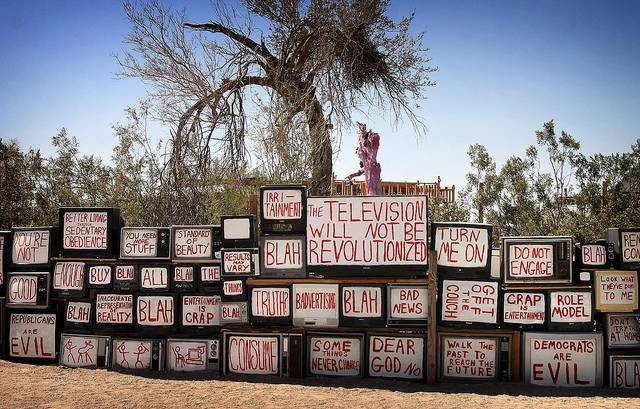 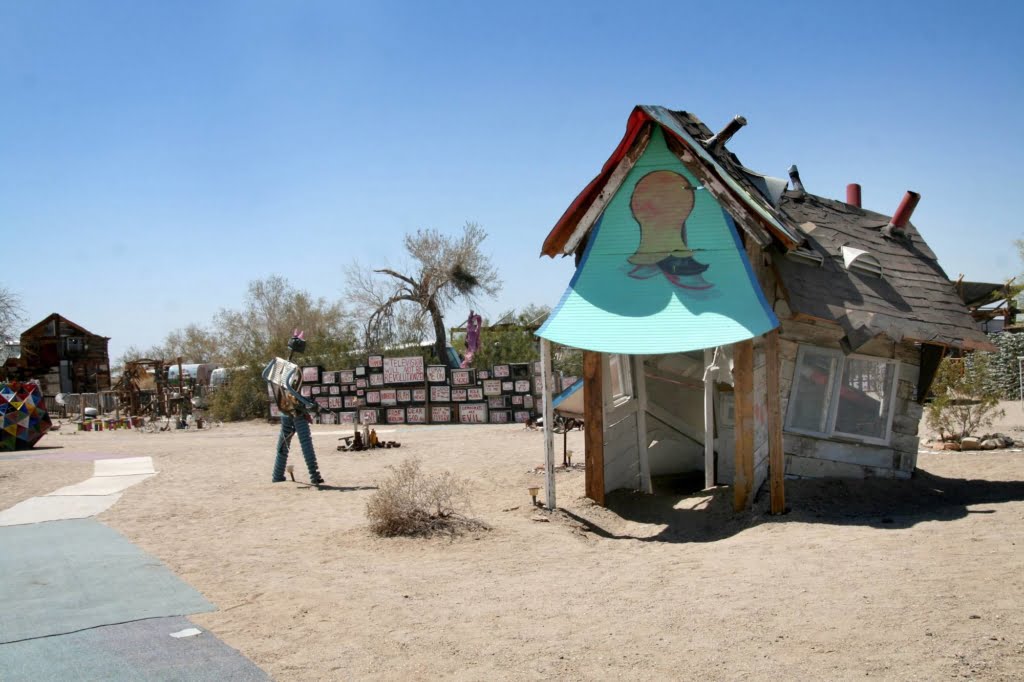 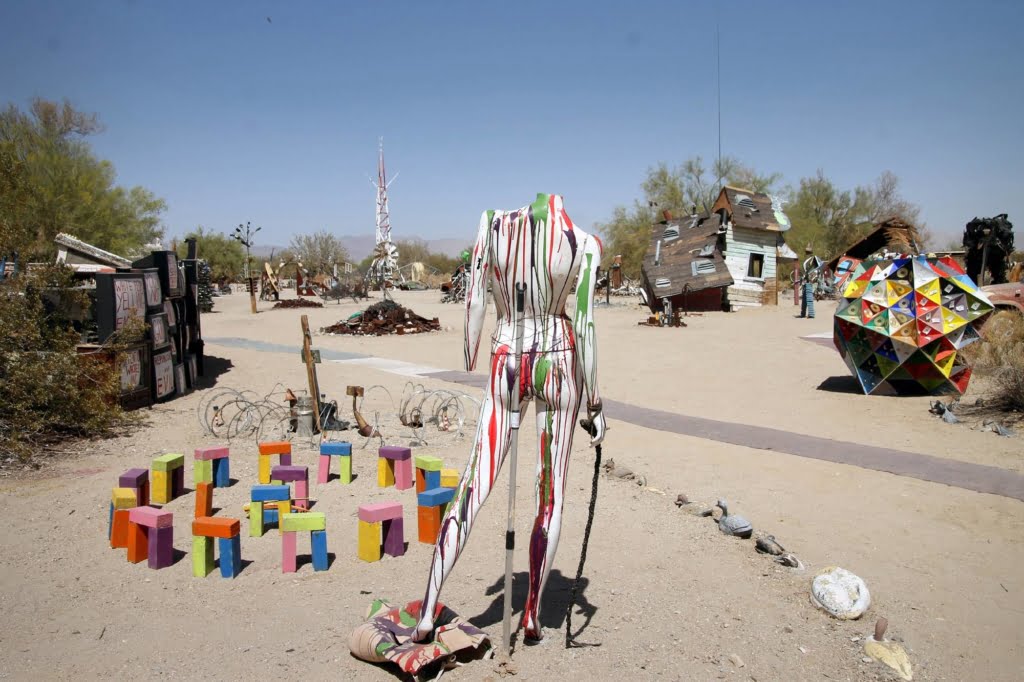 Part of their residence: 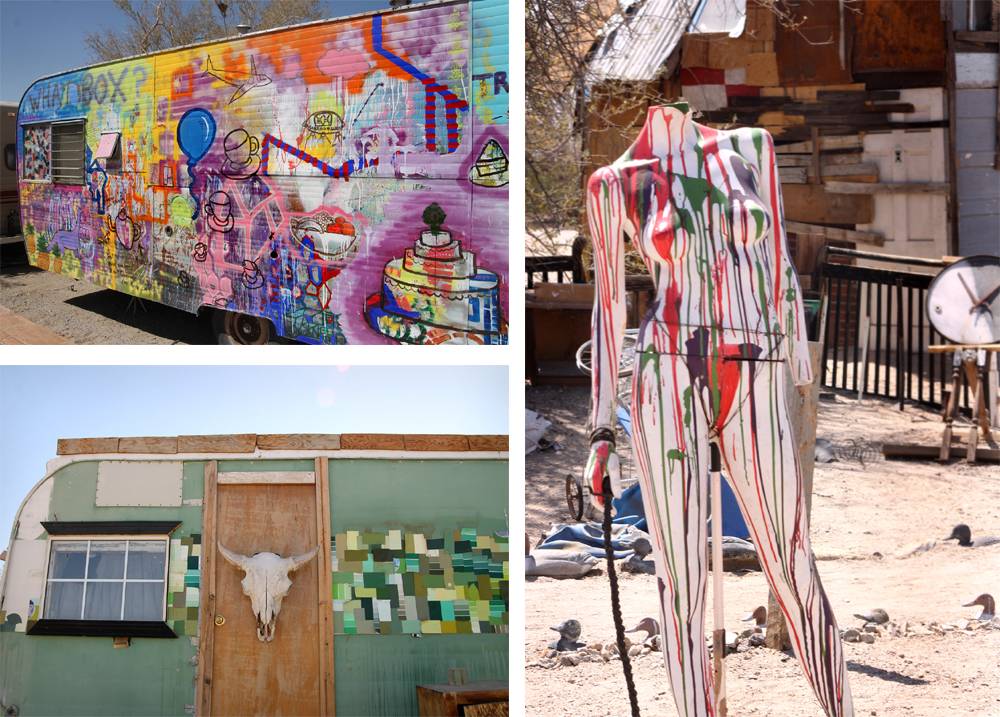 The sphere on the bottom left represents man’s vices.  There are all different items such as bullets & cds placed inside it: 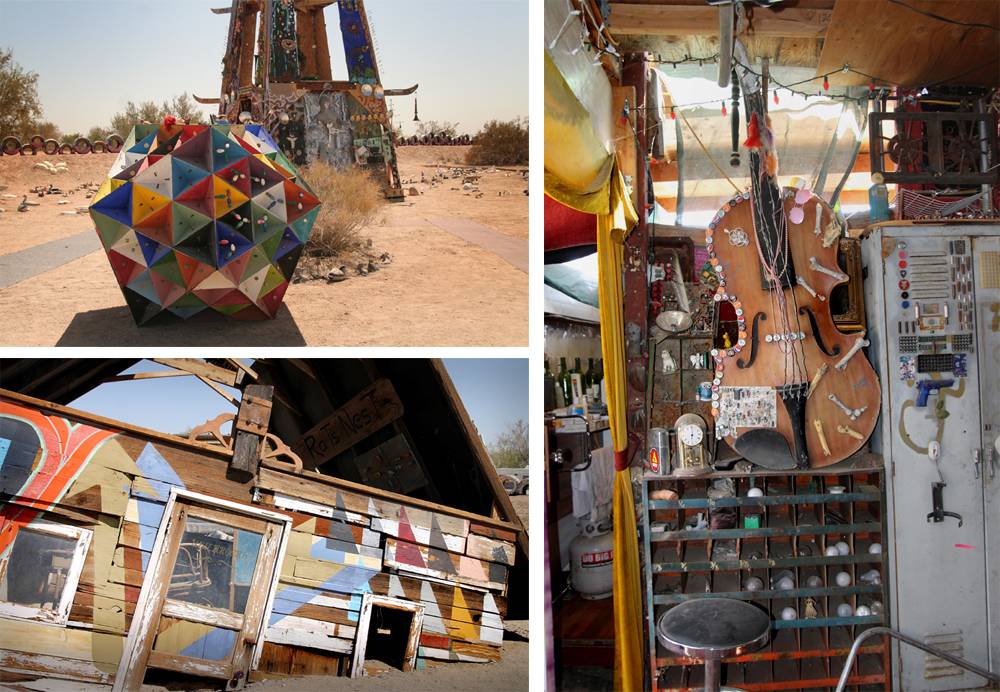 (Above left) Fame Retardant, 2011
Ben Wolf and Heidi Tullmann combine the elements of scavenged materials, sign painting, and mural art in a collaborative installation. A dilapidated structure sinks into the ground as cropped sections of overlapped lettering and images add new layers of life to the forgotten materials, alluding to the months the artists spent in Detroit and New Orleans. 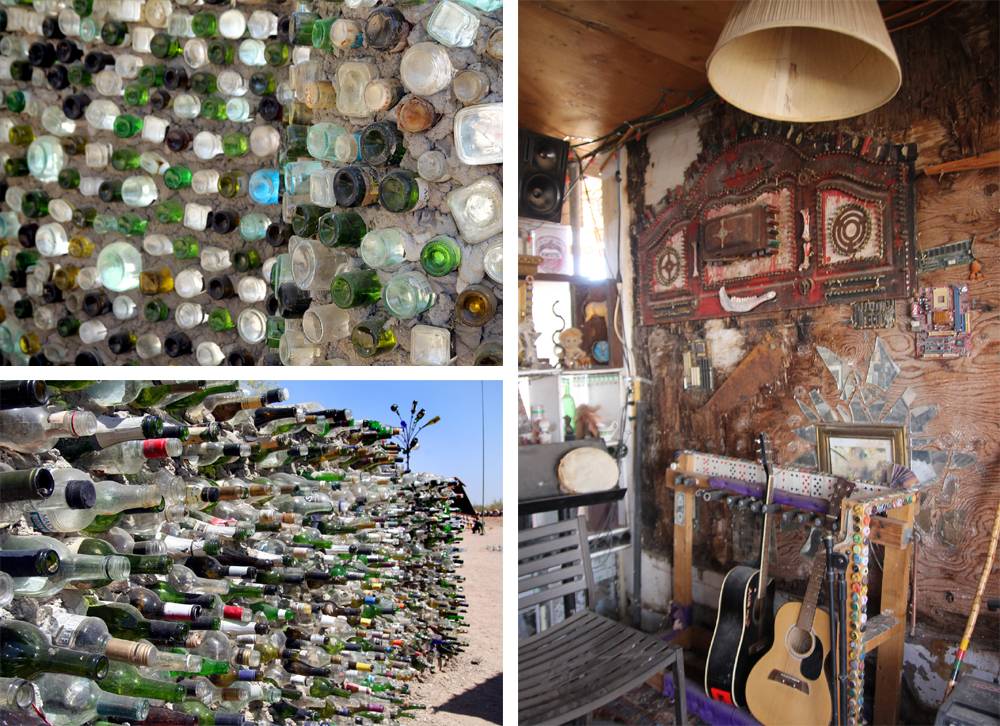 This bus got stuck in the sand so here is where it will stay: 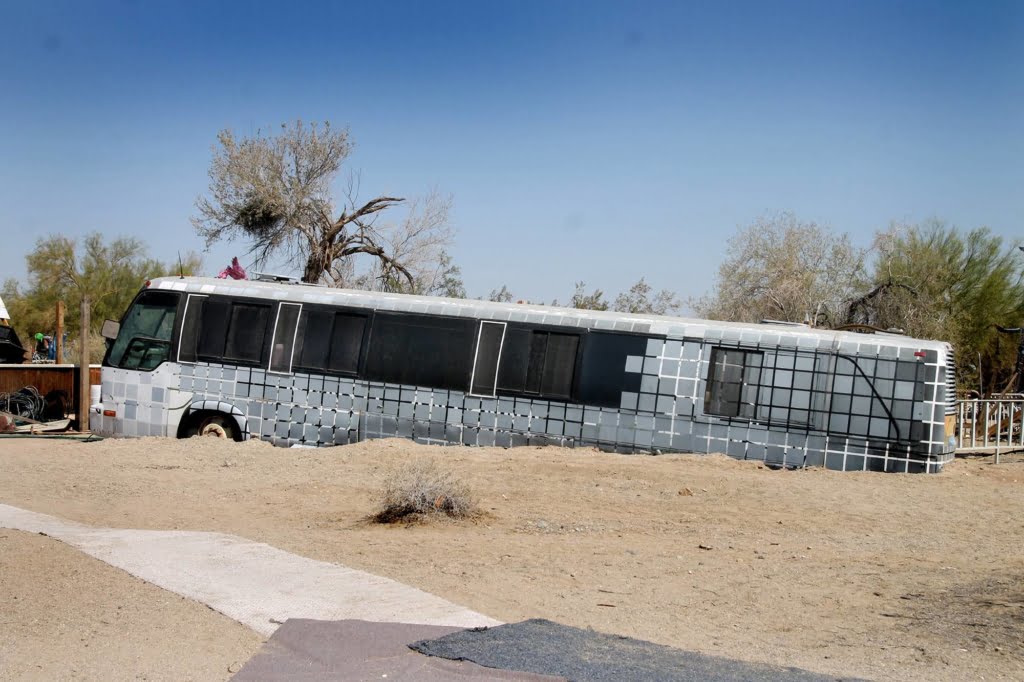 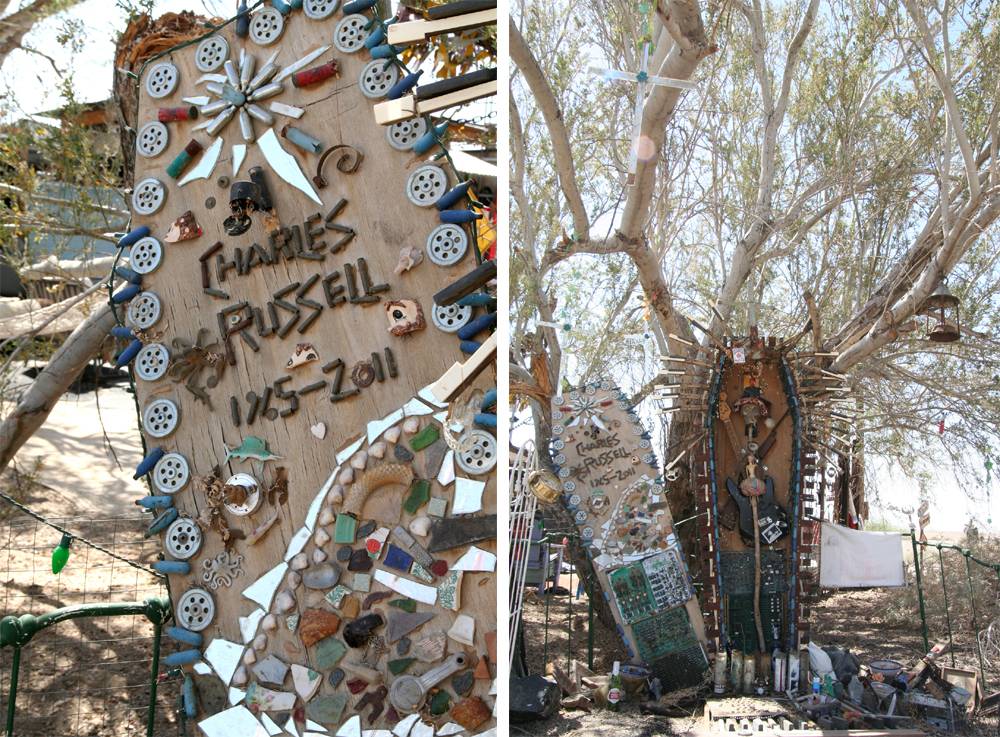 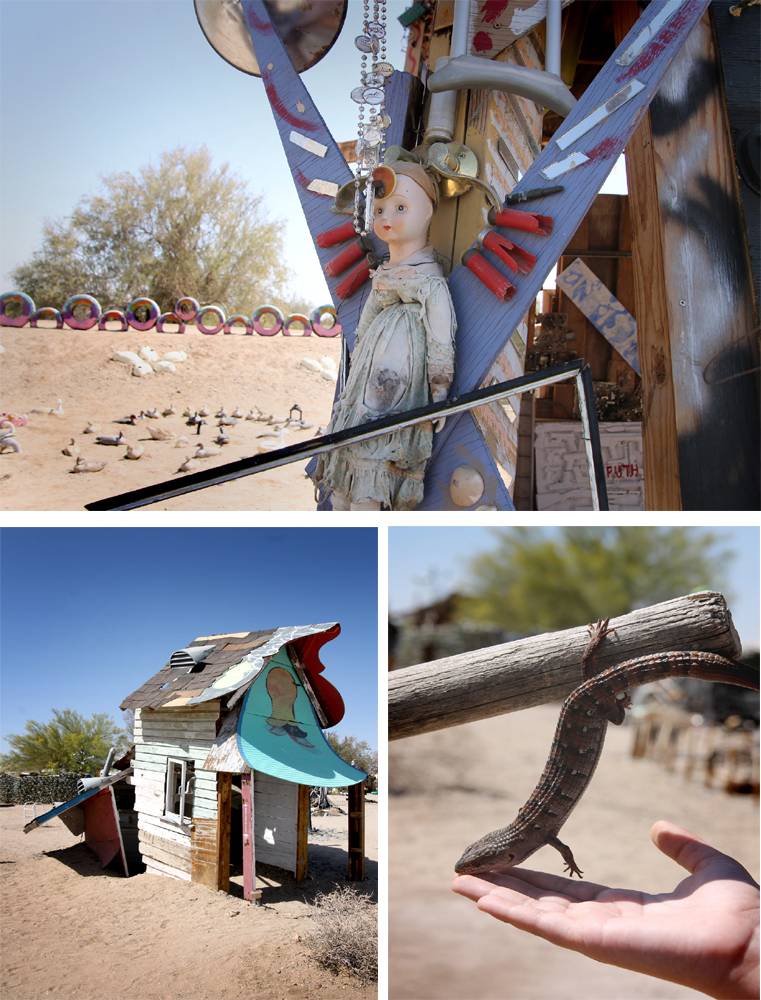 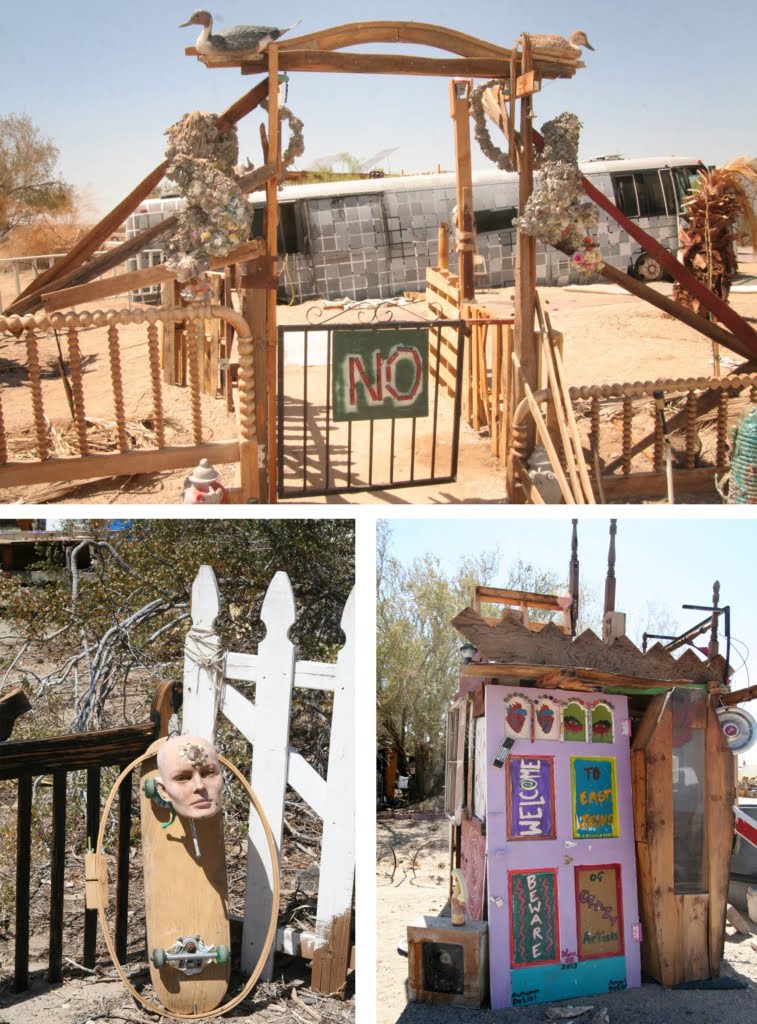 (Above left) Fainted Foundation, 2012  It’s a collage of various architectural influences mostly gathered from an abandoned apartment complex in Inglewood LA. The piece was installed in LA for a music/art/food festival. It is literally referencing a single house in it’s moment of collapse 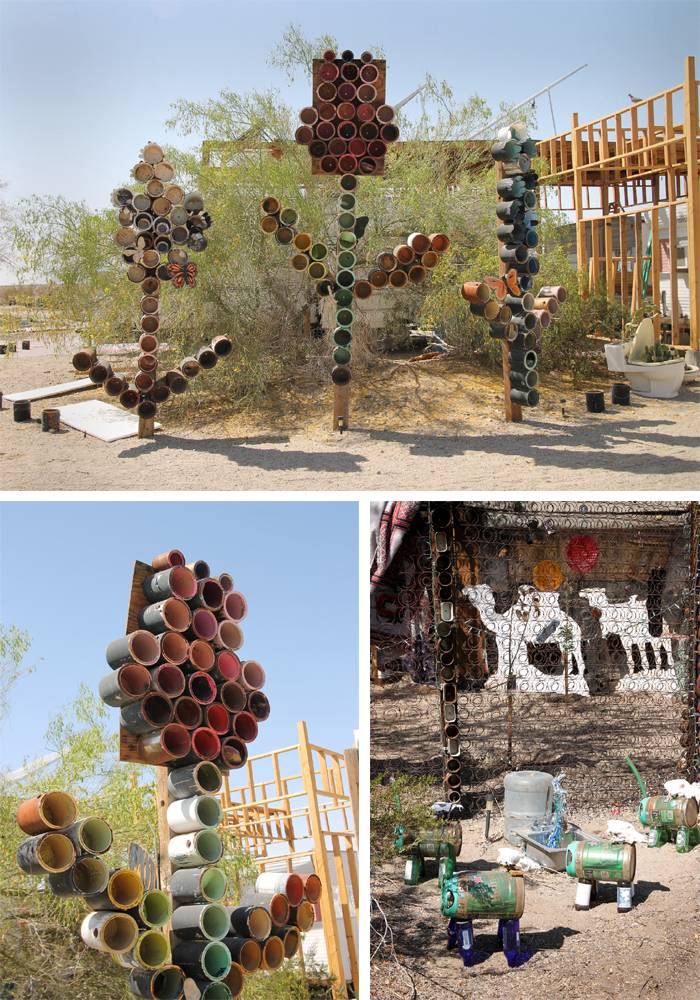 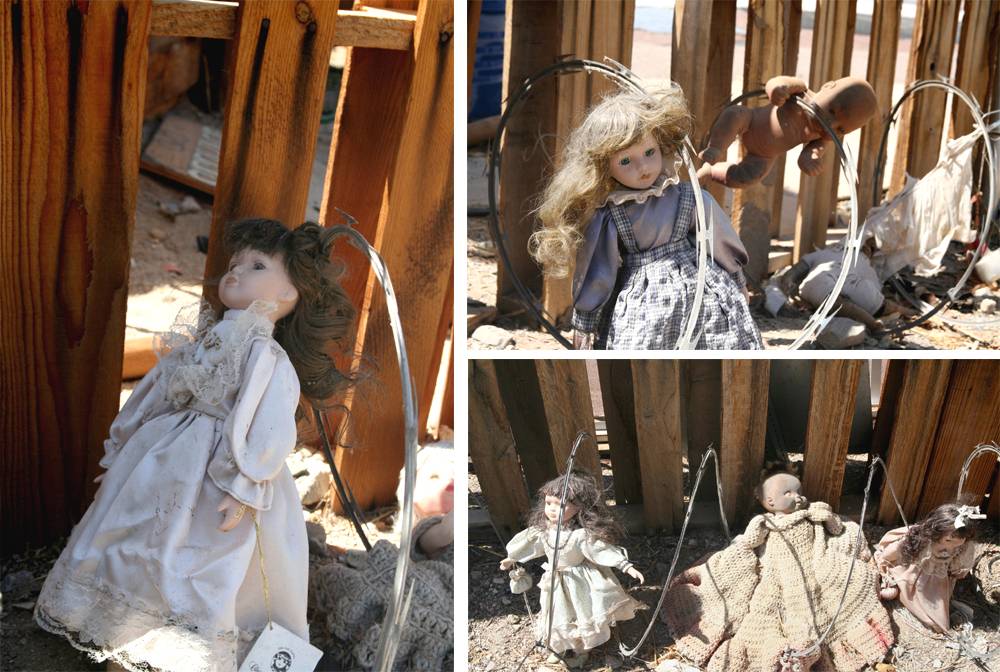 Half-brained man (left-brain) constructed of all technological material equipped with weapons to destroy: 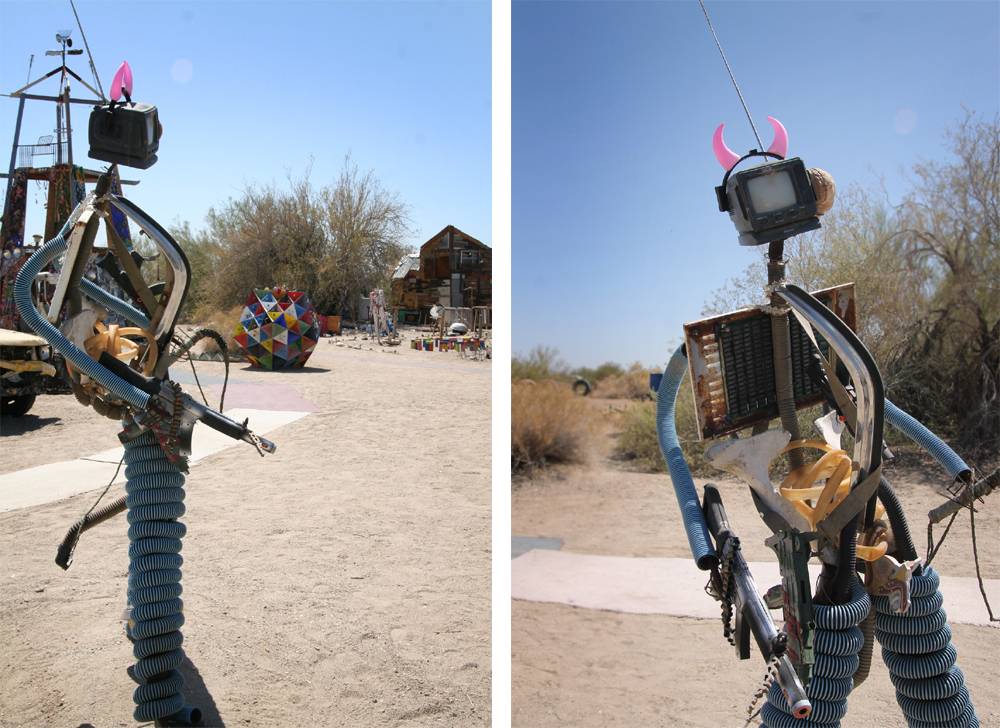 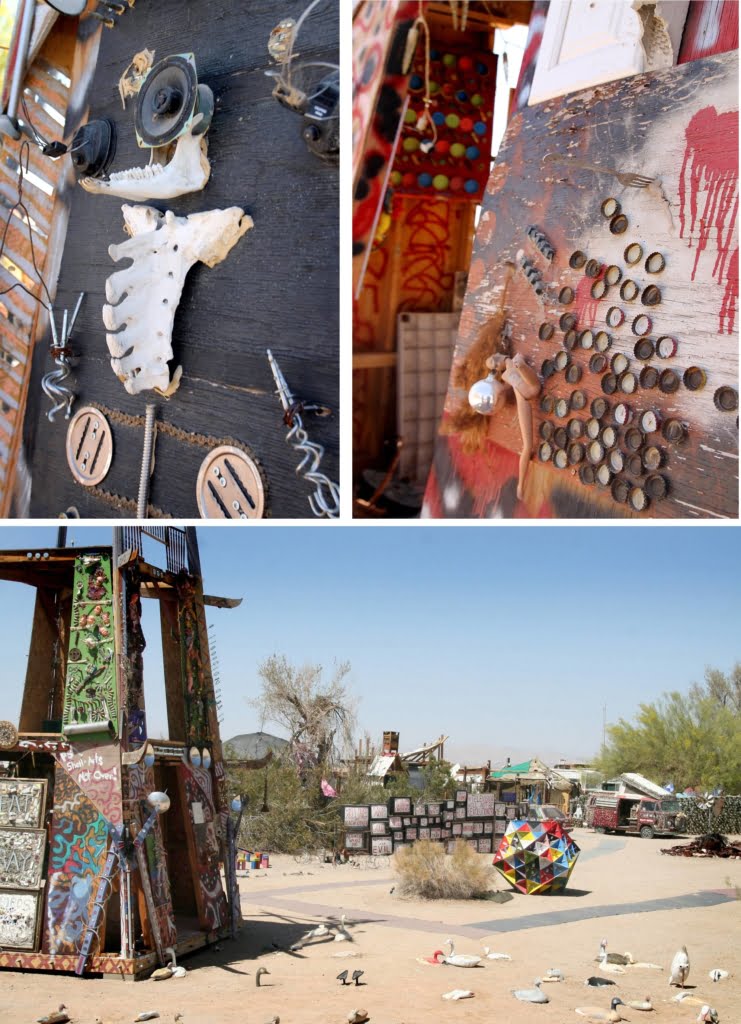 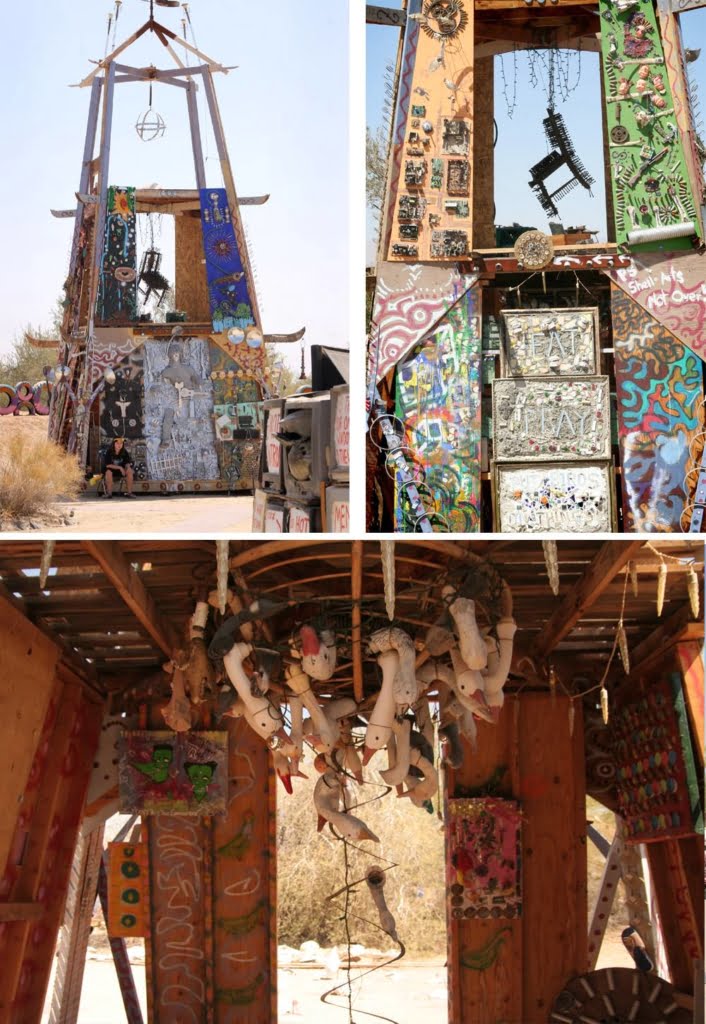 The he & she toilets: 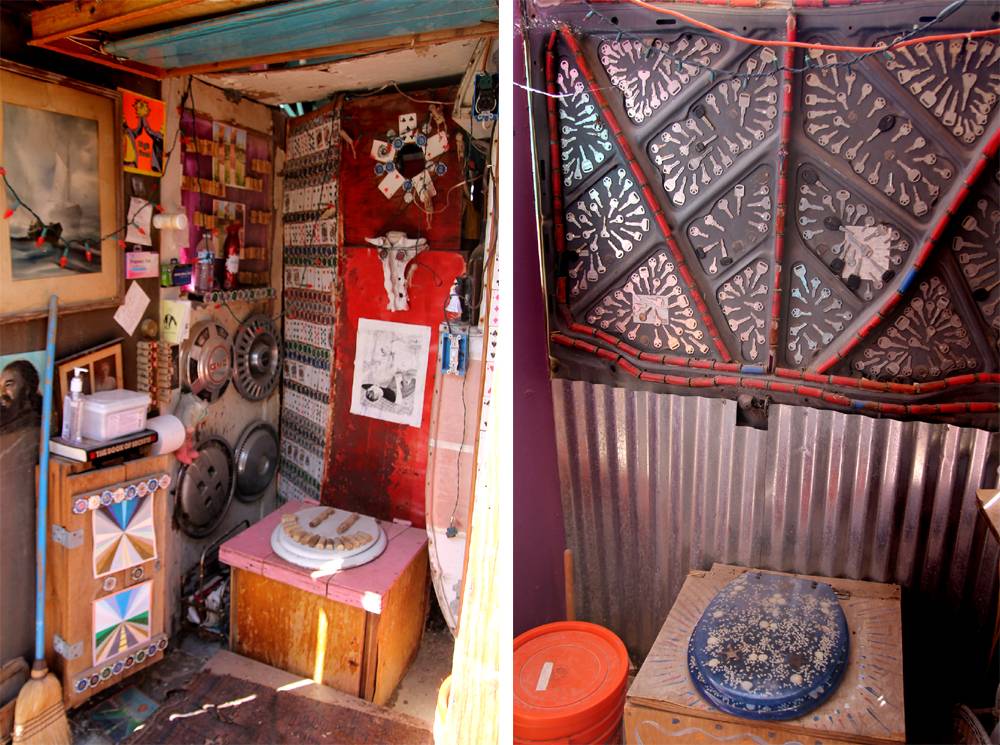 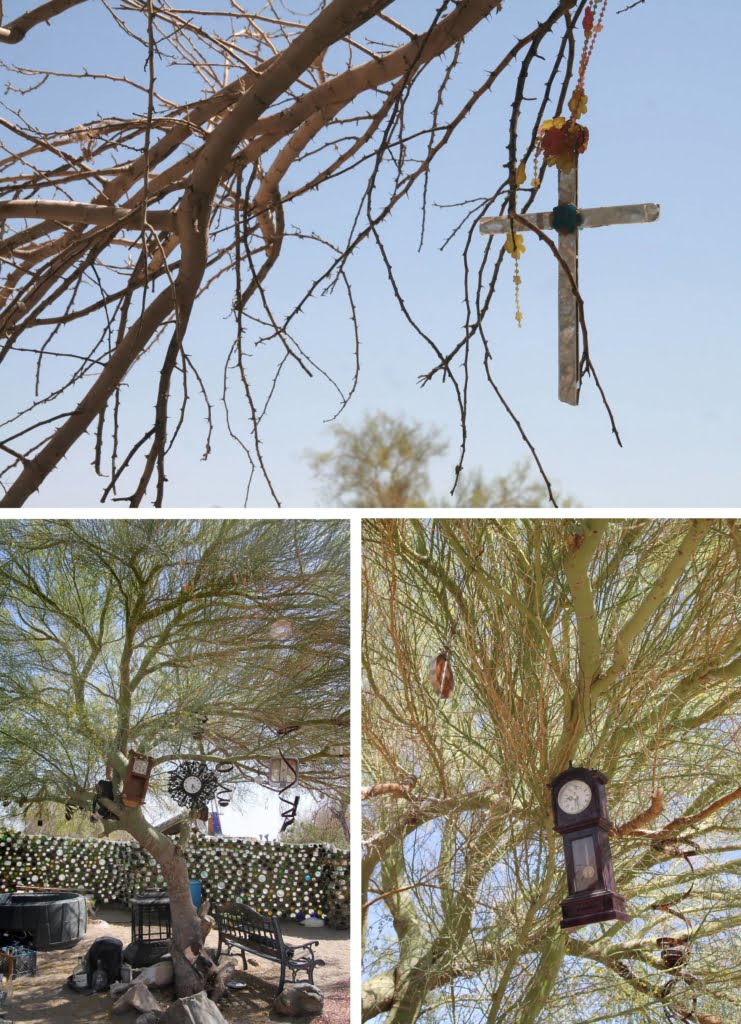 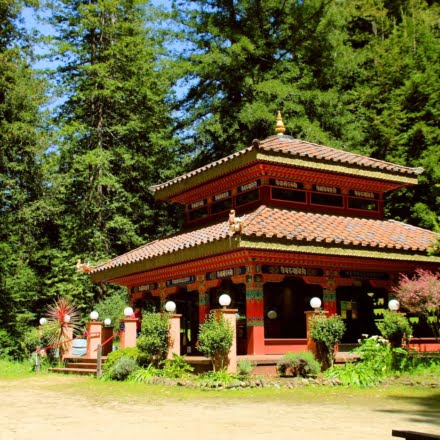 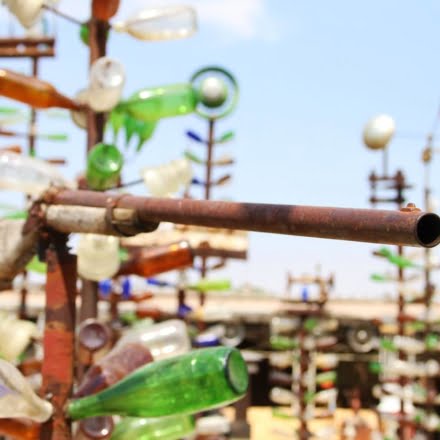 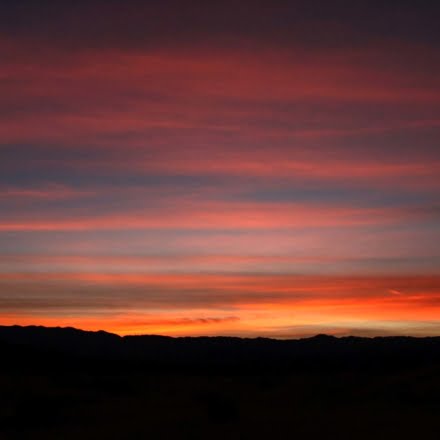