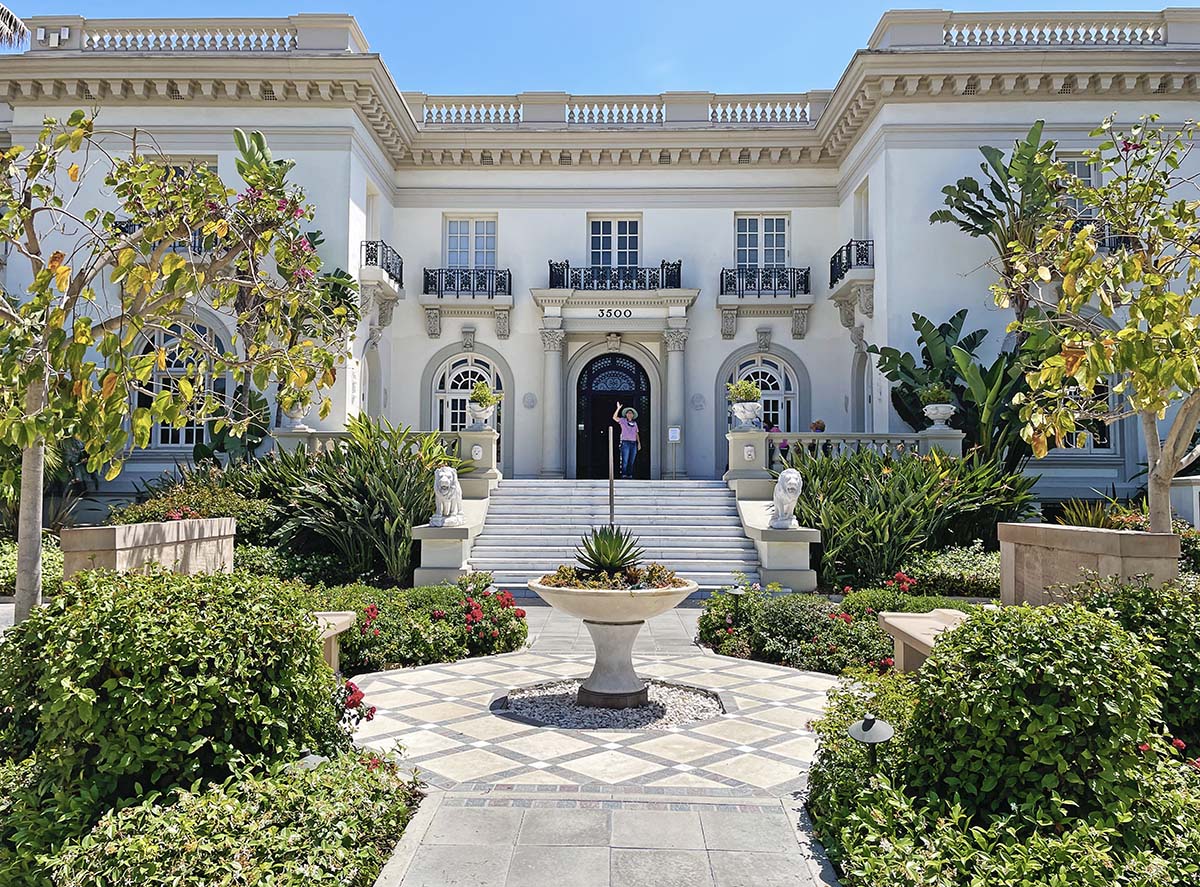 **Make sure to check out our list of Hidden Gems in Los Angeles for a great day trip!**

About the Peace Awareness Labyrinth & Gardens

The Peace Awareness Labyrinth & Gardens is an historical Renaissance home built in 1910 that is open to the public for tours, meditation and other spiritual events.

The mansion has quite a history, originally being built by Secundo Guasti whom was one of the biggest winemakers in California at the time. There’s even a whole town built by and named after him!

When he moved to L.A. from Italy he became homesick and wanted to create an exquisite Italian Villa that felt like his homeland.  A lover and collector of the arts, Guasti and his wife imported art pieces from all over Europe for their home. His family lived in this house until the late 1920’s when he passed away after a brief illness. 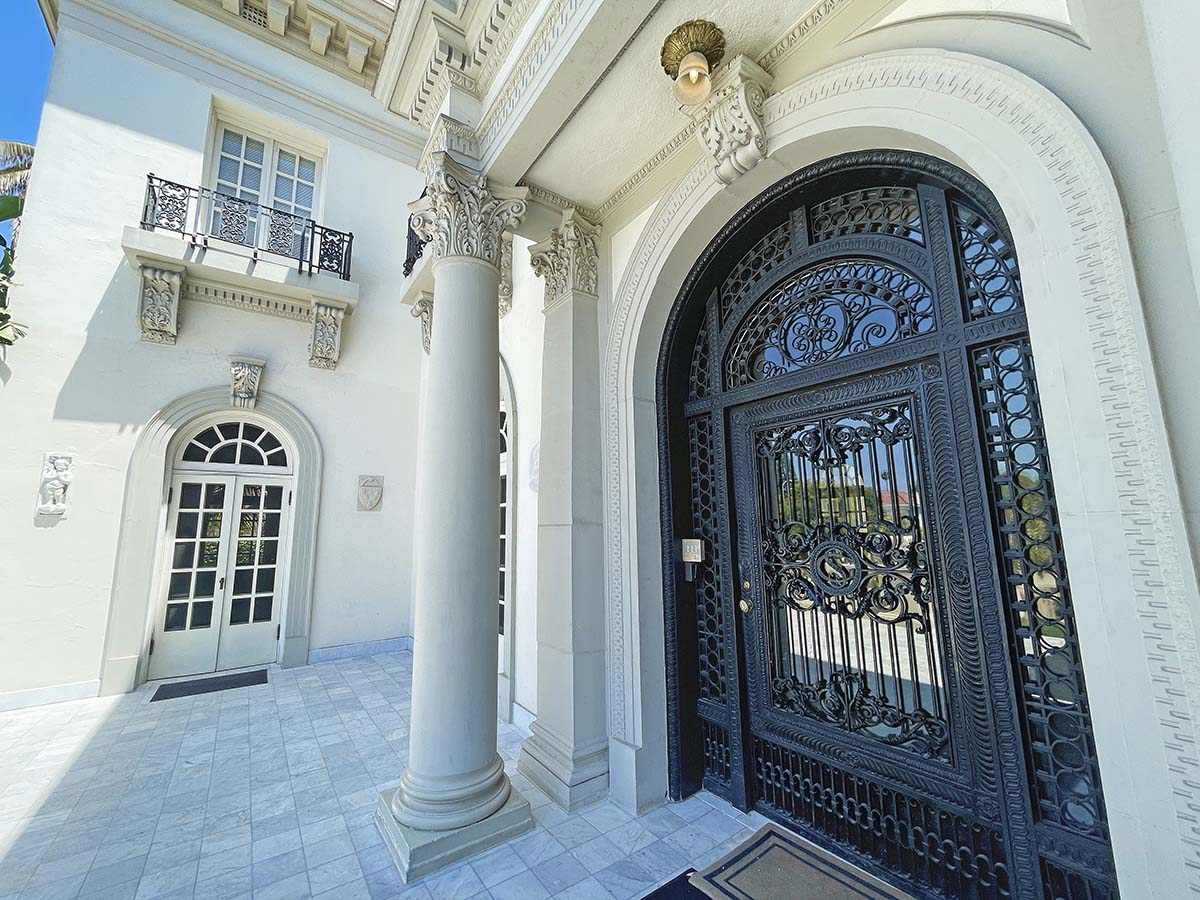 In 1937, the property was purchased by Hollywood director and choreographer, Busby Berkeley. Berkeley was known for using a lot of experimental methods in his production which included complex geometric patterns alongside showgirls and elaborate musical assembling.

Berkeley added his own unique elements to the villa but did not seem to have lived in it for too long.  Over the next few decades, the villa switched hands multiple times, including being a retirement home for physicians in the 1950s. The doctors added multiple wings to the home during this time.

Eventually the villa was sold to the Peace Theological Seminary in 1974.  As of today, it is the headquarters for the Movement of Spiritual Inner Awareness. 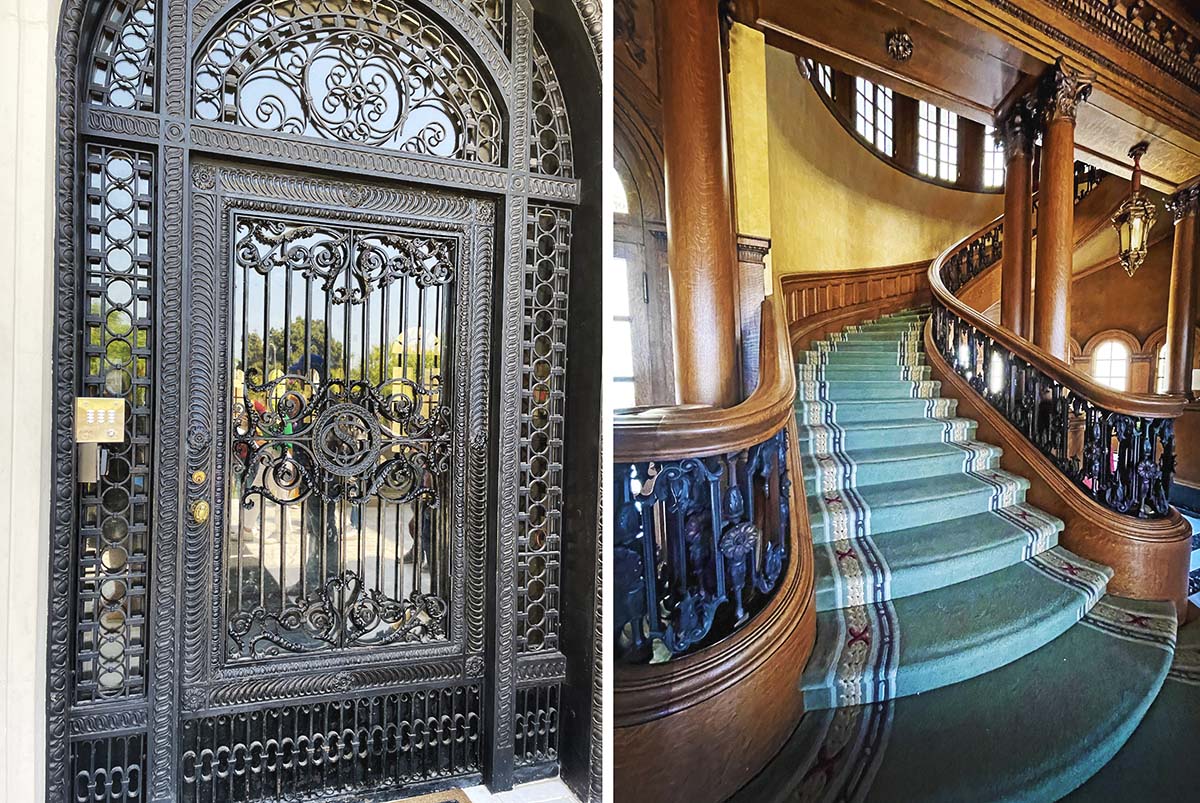 In 2002 the labyrinth and gardens were added and Peace Awareness Labyrinth & Gardens (PAL&G) was established and opened to the public. The Movement of Spiritual Inner Awareness, or “MSIA” is said to be one of Hollywood’s more “harmless cults”.  This is because they don’t make their members cut off contact with their friends and family nor attempt to control their members.

Check out our article on the Greystone Mansion in Beverly Hills next!

Regardless, if you are an appreciator of beautiful architecture and historical homes with ties to the rich and famous, you will most likely enjoy a tour here.  Keep in mind that it is mostly held outside so choose a day when the weather is good! 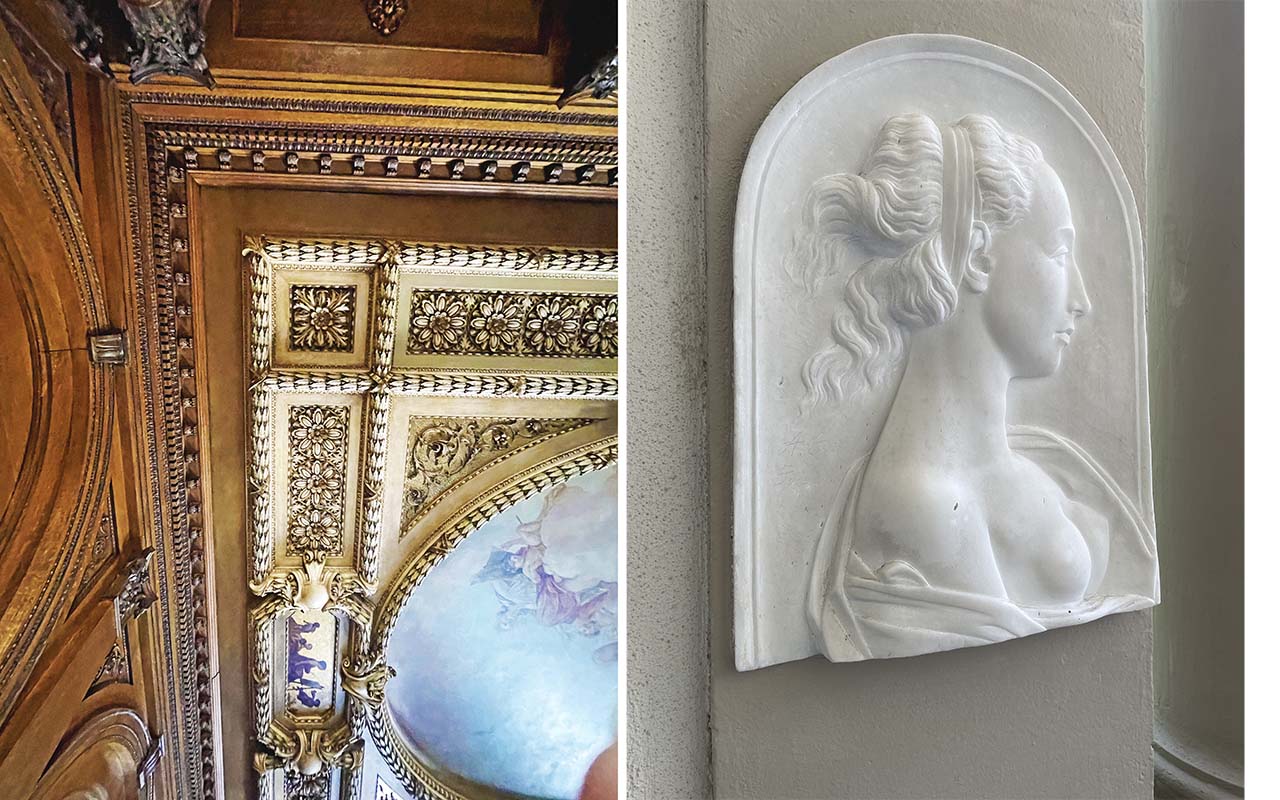 We learned on the tour that many celebrities would hang out here including Frank Sinatra and Judy Garland.  It’s kind of fun imagining what things must have looked and felt like during one of these galas.

Despite what some are claiming online, we were not pressured in anyway to join the spiritual group, in fact, it was hardly discussed.  What was mostly discussed was the history of the villa itself and the details of the architecture. 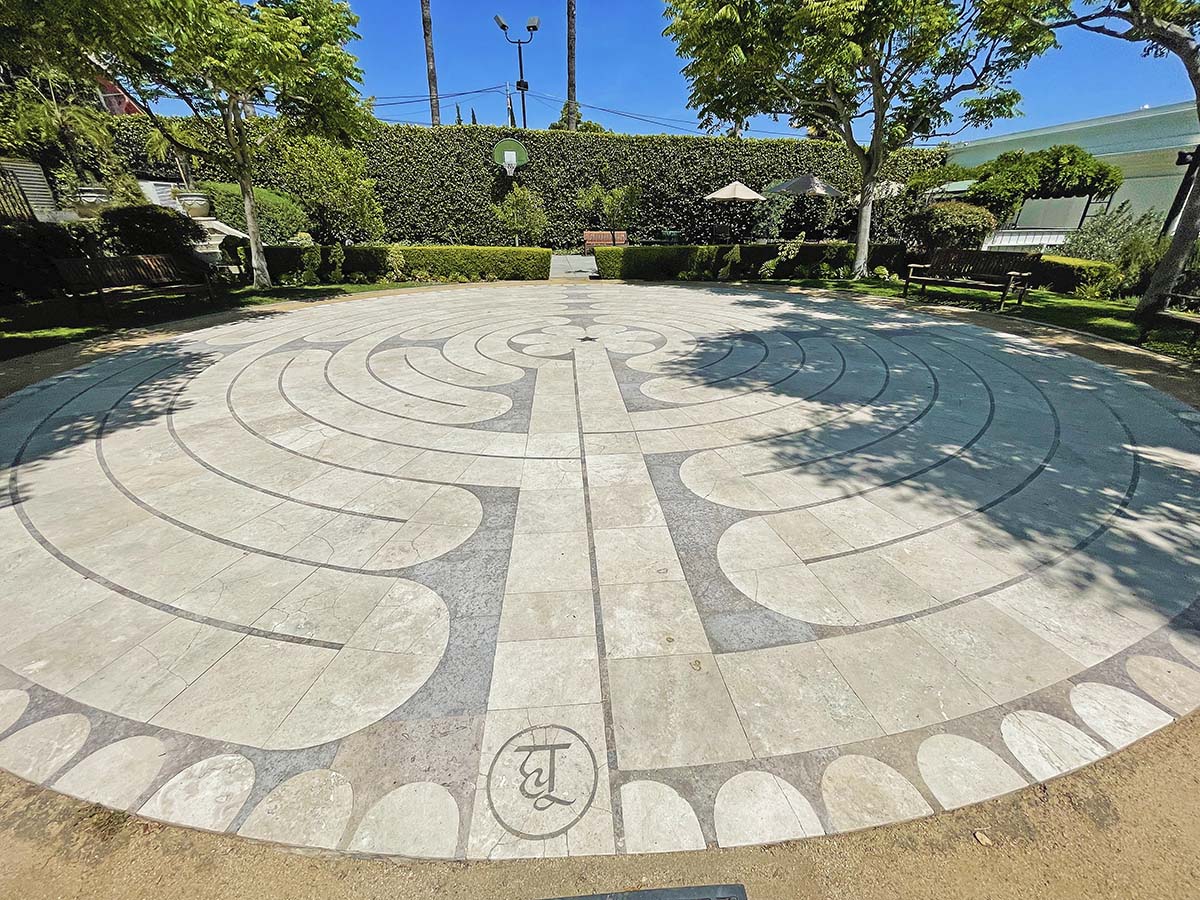 The gardens were designed after classic Japanese gardens and I spotted some very unique plants I had never even seen before.  The bottom part of the garden is shaded and quite lush with various streams and small waterfalls. It’s definitely a wonderful area to sit quietly and reflect while listening to the running water.

After the guided part of the tour, you are given approximately an hour to roam the gardens, walk the labyrinth, take photos and meditate if you’d like. There was a guided meditation that was held but we unfortunately missed out on this part. The Peace Awareness Labyrinth & Garden was a very enjoyable addition to our daytrip in L.A.

Keep in mind that if you purchase a ticket (which you have to in order to visit) you get to park inside the gated property.  Just press the buzzer, say who you are and a docent will let you in. 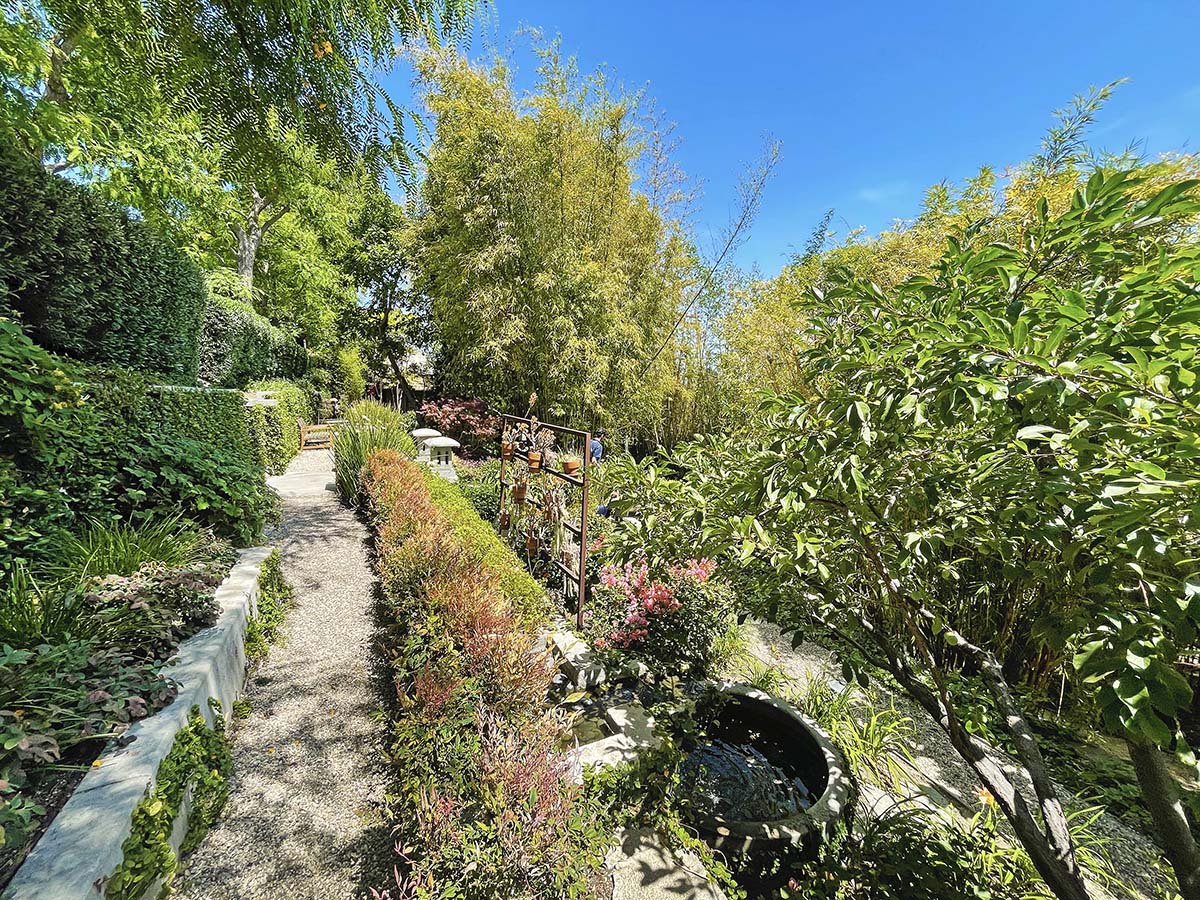 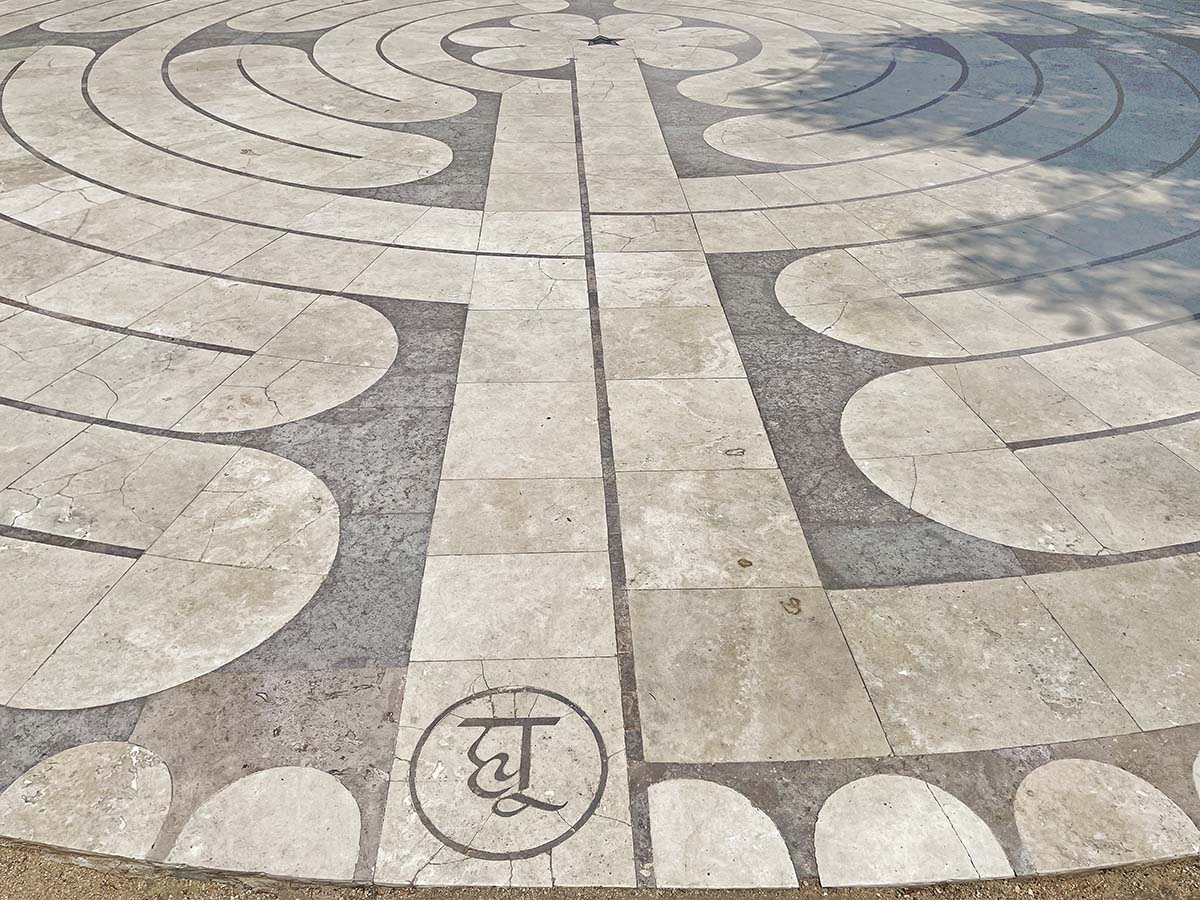 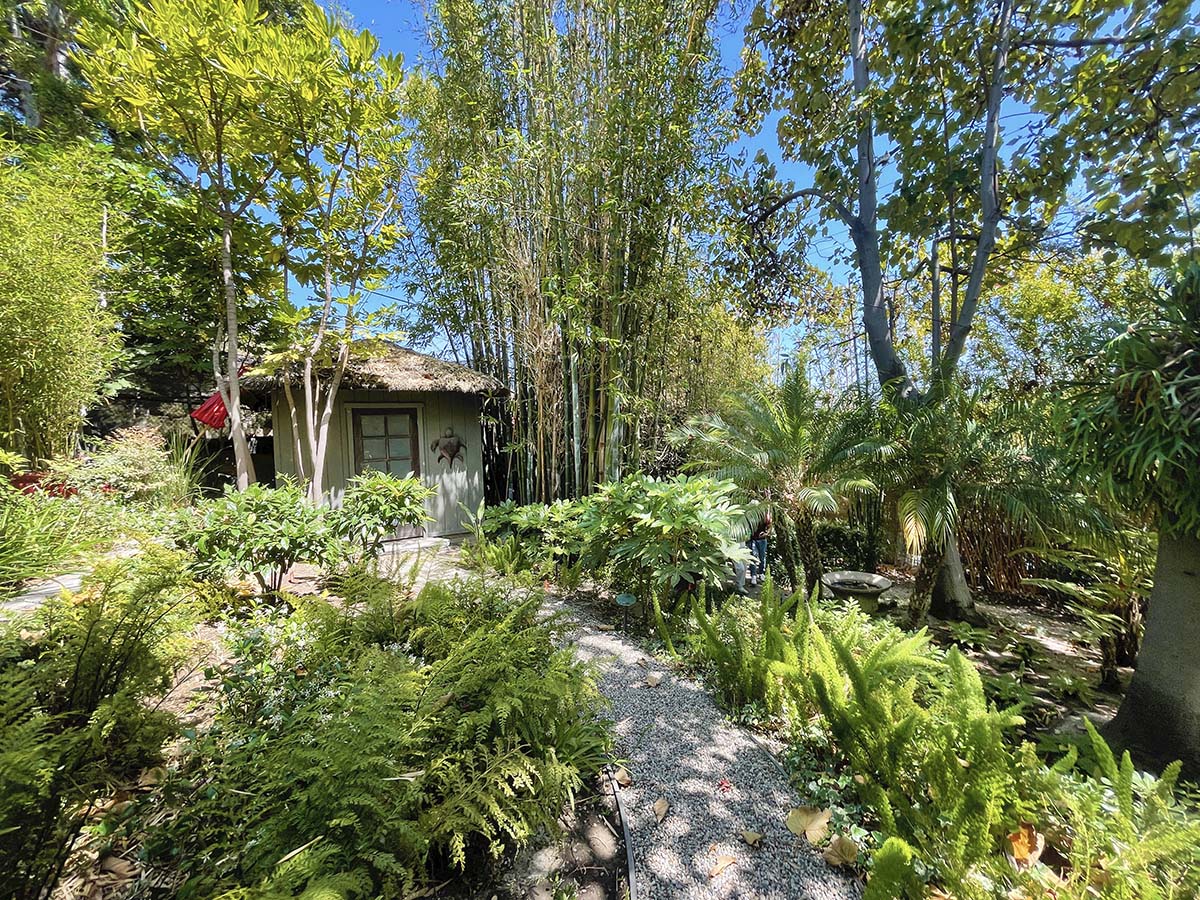 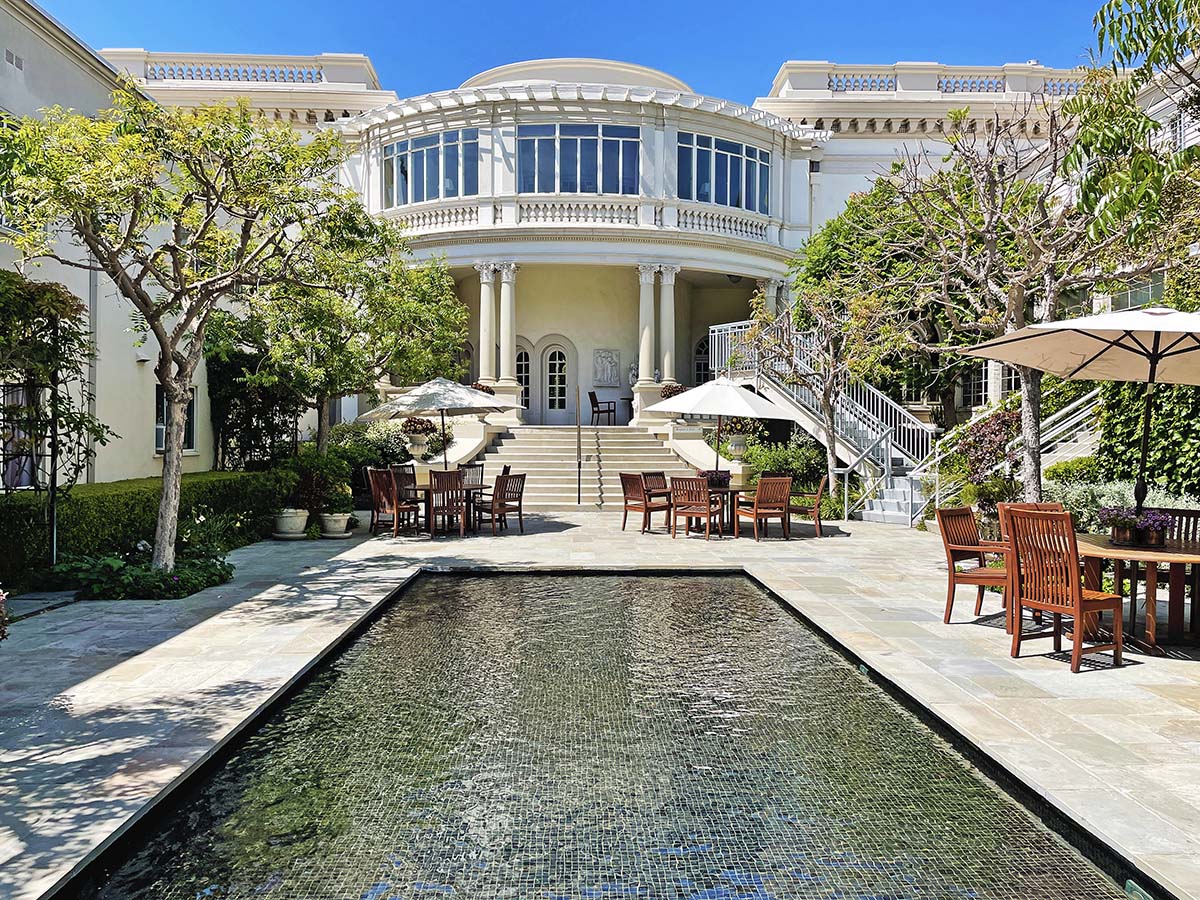 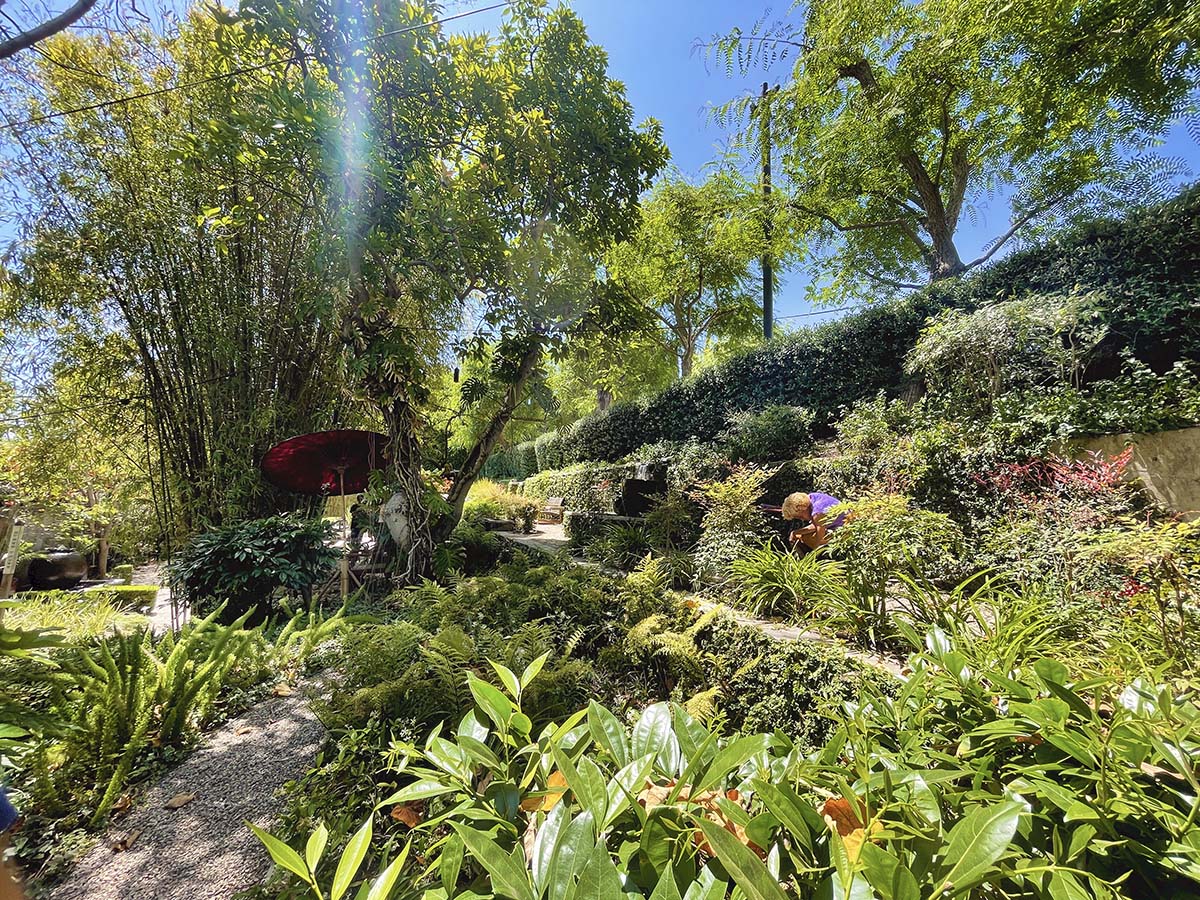 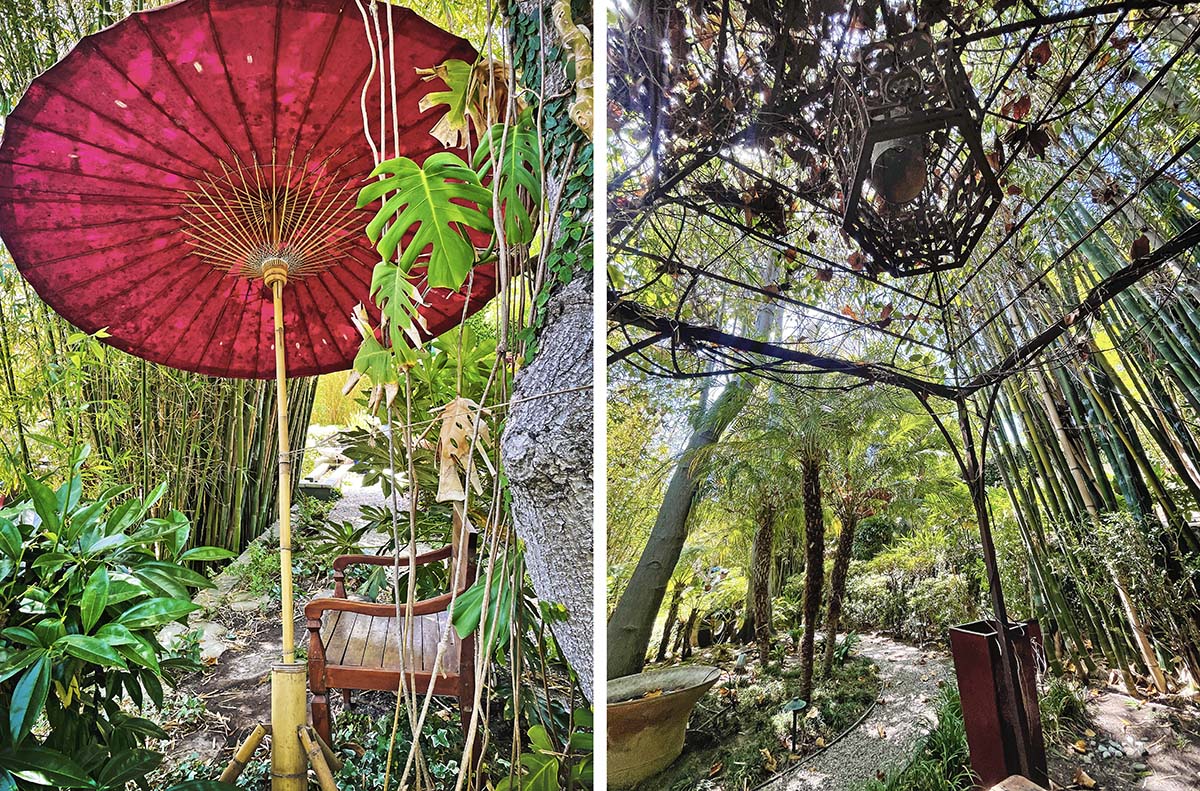 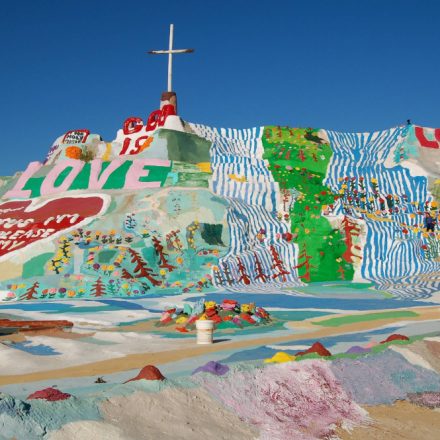 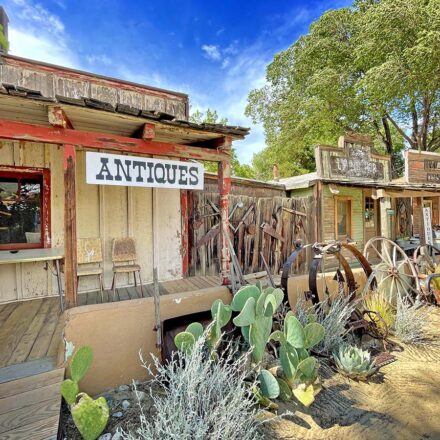 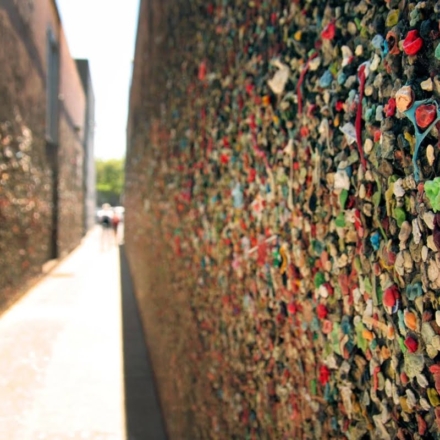